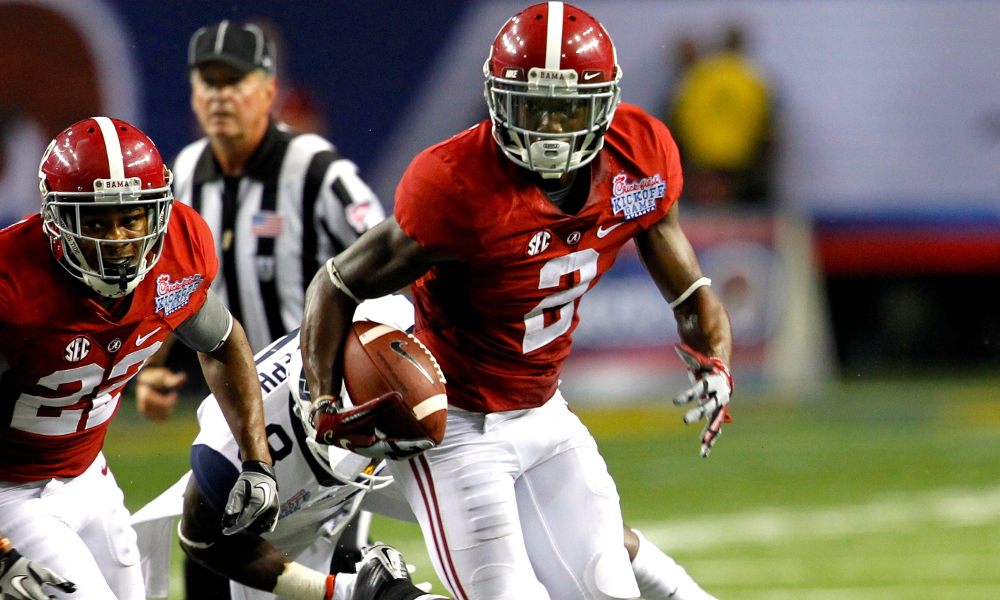 His first stint in the NFL came when the San Francisco 49ers signed him as a free agent back in 2015. He remained with the team until signing with the Patriots’ practice squad last fall. He recorded two catches for 18 yards while returning six kicks for 142 yards with the 49ers in his rookie season.

After spending the 2016 season on the practice squad, White will now be suiting up for the Super Bowl Champs in 2017 should he make the roster.

White showed the ability to be an explosive receiver at Alabama, despite being overshadowed at times by Amari Cooper.

In four seasons with the Tide, DeAndrew posted 94 receptions for 1294 yards and 12 touchdowns – including this one to help seal a come-from-behind, overtime victory against LSU:

And this acrobatic, one-handed Catch of the Year candidate against Georgia State:

At 6’0″, and 192-pounds, White can be a menacing slot receiver or a sure-handed outside receiver with underrated speed. And with Bill Belichick’s background in turning undrafted receivers into stars, the sky is the limit for DeAndrew White in 2017.

J.A. Weaver is a contributor for TD Alabama Magazine and Bama Hoops Hype. You can contact him via phone at 205-612-5060, or on Twitter @JWeaver_TDALMag