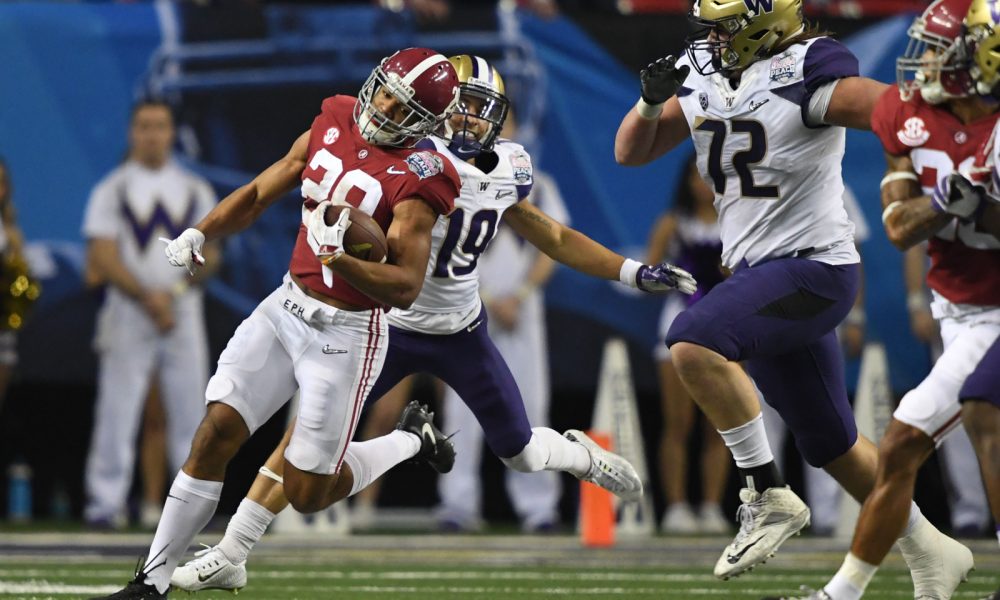 Whether he’s at cornerback or safety, Minkah Fitzpatrick is a game-changer.

The junior was the lone Tide standout to grab a first-team selection. He set a school record for pick-sixes with four, while totaling 111 tackles (eight for loss), three sacks, eight interceptions and 18 pass breakups through two seasons. Fitzpatrick, a native of New Jersey, carried a team-high six interceptions in 2016, including one for a 100-yard touchdown return versus Arkansas.

Alabama had five names – Bo Scarbrough, Calvin Ridley, Jonah Williams, Ronnie Harrison and JK Scott – for second team All-American though, one in particular did not make sense. Williams, an offensive tackle, rarely allowed a sack through 15 games. As a true freshman, he blocked for 11 100-yard rushing performances and a 1,000-yard output from Damien Harris.

He earned Freshman All-American honors from ESPN and USA Today, to pair with SEC All-Freshman Team accolades from the league’s coaches. After surging late in the season, Scarbrough sustained a broken leg in the College Football Playoff National Championship versus Clemson. If he manages to stay healthy, the Tuscaloosa native could be the Tide’s No. 1 back.

Despite having to adjust his game to a freshman quarterback, Ridley turned in solid production at wide receiver as a sophomore. He collected a team-high 72 receptions for 769 yards with seven touchdowns.

A more confident Jalen Hurts and a bright mind in Brian Daboll at offensive coordinator has the makings a strong junior campaign and a high NFL Draft stock for Ridley. Fitzpatrick receives a ton of credit, but don’t forget about Harrison. Hailing from Tallahassee, Fla., the 6-foot-3 enforcer is a dangerous man at safety.

He loves to hit and relishes hitting hard.

Harrison finished second in tackles (85) and chimed in with seven pass breakups, two interceptions and two defensive scores. In correct terms, Scott is on special teams but Sporting News placed him on defense to avoid using too much space. Following a slow start, he returned his freshman form last season. The Denver, Colo., native averaged 47.2 yards per punt, while 27 of his 64 attempts – 42.2 percent – were not returned.