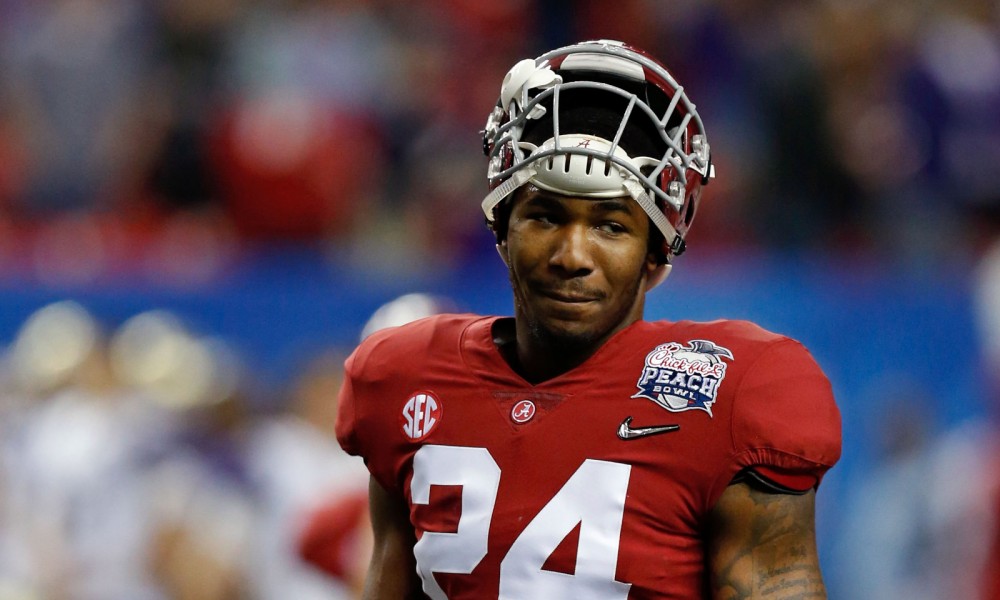 Well, this is interesting.

Before he’s expected to produce next season as a fearsome edge rusher, sophomore outside linebacker Terrell Hall provided a surprised to people on social media. Hailing from Washington, D.C., Hall decided to change his last name to Lewis on his Twitter account – despite keeping the @Real_24_.

Name changes on social media aren’t common for Alabama football players, unless one counts the subtle alteration that former Crimson Tide safety Geno Smith did. After simply being known as Geno Smith from 2012 to 2014, he added “Matias” to his last name during the 2015 season.

Whether the name change came via family member or Hall wanting to try something different, Alabama fans are definitely excited to see him get more playing time. He recorded a 60-yard interception return for a touchdown off the arm of freshman quarterback Tua Tagovailoa on A-Day.

Listed below is a highlight video from the game. Lewis’ interception comes in at 2:34.