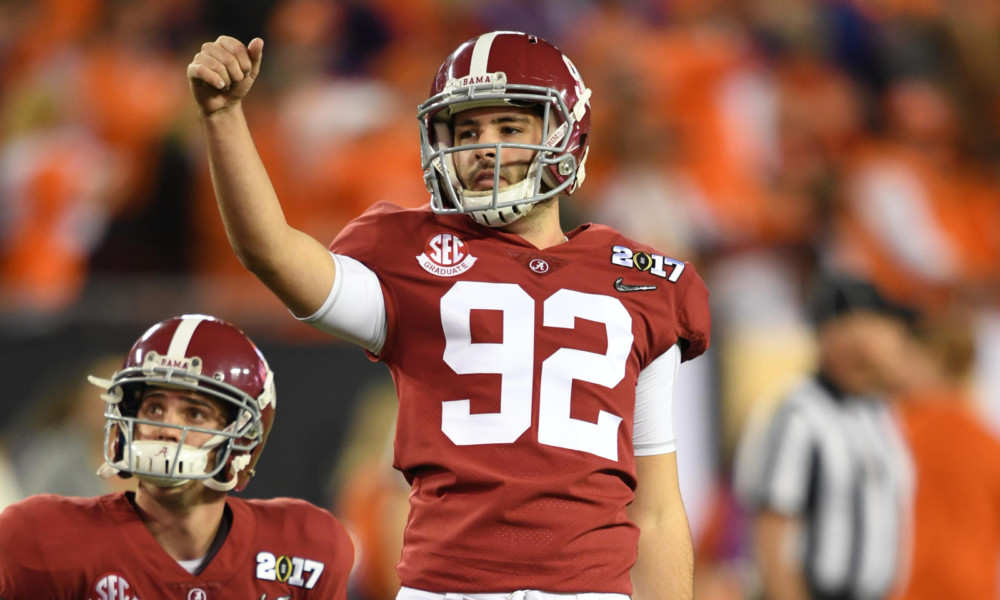 After some good and rough moments for Adam Griffith during his career at the University of Alabama, the fan base desires to finally see a consistent kicker. Two players are battling for the starting job this offseason, and though one has more experience, the Crimson Tide seems to have more confidence in a freshman that signed in the program’s top-ranked 2017 recruiting class.

Andy Pappanastos, a transfer from Ole Miss, enters his second year at Alabama.

Despite setting an Alabama high school record with 48 made field goals in his career at Trinity Presbyterian in Montgomery, Ala., the redshirt senior missed three kicks in the Tide’s spring game back in April.

With facing a strong leg to start the regular season (Ricky Aguayo, Florida State) and one to end the campaign (Daniel Carlson, Auburn), head coach Nick Saban and his staff are banking on three-star Joseph Bulovas to be the school’s perennial specialist and end all woes. During Tuesday’s airing of The Way It Is on Fox Sports Shoals (97.9 FM), Matt Suleski and yours truly of Touchdown Alabama Magazine went inside the Tide’s battle at placekicker.

Check out the audio below.