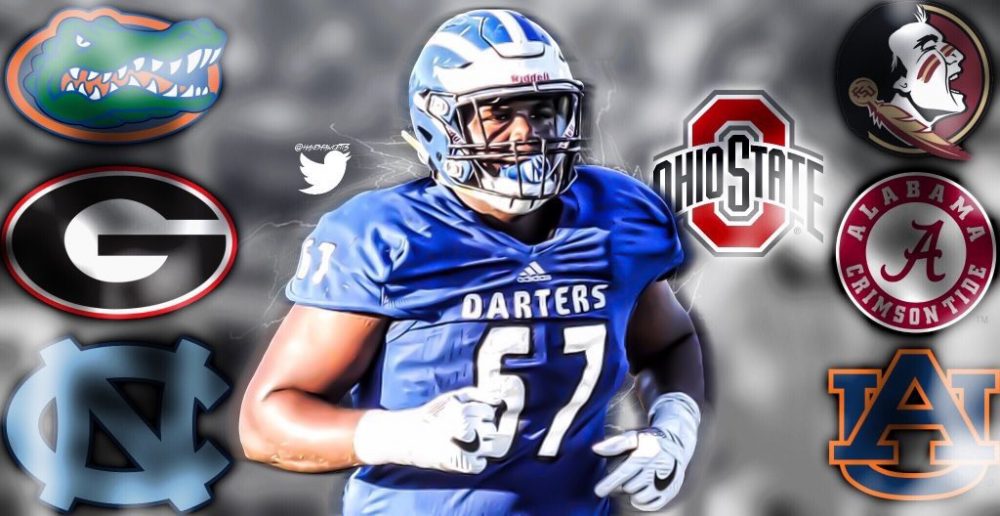 William Barnes Announces his top 7 on Thursday via Twitter and included The Crimson Tide.

The 6’5″-313 pounder is an excellent lead blocker. He is able to pull block with the best of them. Opening up holes for runners are his specialty as he is seen several times on tape opening up holes that sling shot runners to big plays.

The fact that his highschool team is very run dominant has really helped him developed as a run blocker. Unfortunately, his pass blocking ability may need some more work, but Alabama’s coaching staff have no problem with developing extraordinary talent.

Many do not take in account that Alabama’s offensive line is a huge reason why they have had such an outstanding run game over the years. Bradley Bozeman, Cam Robinson, Andre Smith, Barret Jones and D.J.Fluker are just a few of the guys that have lead the way for two Heisman Trophy winners.

The Florida native is still considering two prominent Florida schools. The Tide will have to compete with both of them for Barnes services.

Alabama recruiting is still looking pretty good as they have landed Tommy Brown’s and now have a total of 7 commits in their 2018 recruiting class.