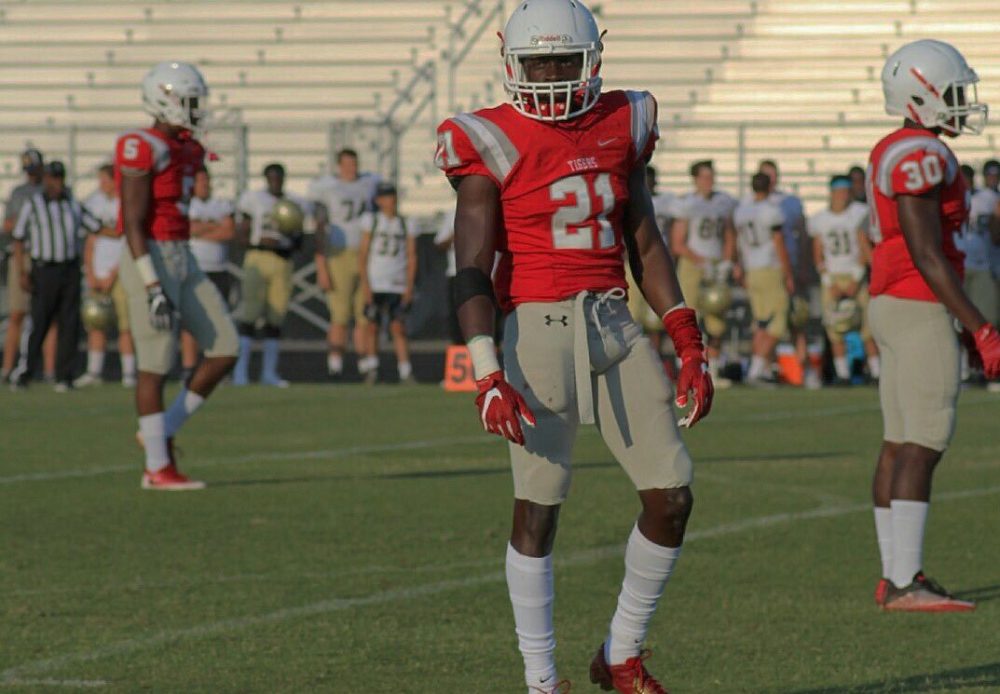 Three 2019 prospects shared via Twitter on today that they have received offers from Alabama.

Jalyn Phillips received an offer from The Crimson Tide on today.

Phillips is a safety that makes sure that no passing is going on when his secondary is on the field. He doesn’t mind coming down to blitz quarterback as well as disrupt passing plays. He is pretty much able to do anything that will disrupt the quarterback.

He has racked up offers from numerous schools including SEC schools Auburn, Georgia, Ole Miss, South Carolina, Tennessee and Vanderbilt

D.J. Turner shared his excitement for the offer he received in a Tweet he sent out earlier today.

Very blessed and excited to say that I have received an offer from Alabama! pic.twitter.com/ye8qn5xTTJ

Turner is a North Gwinnet product. The 5’11”-171 pounder is a lengthy player that is seen constantly jumping passes on game field. He plays a bump and run style of coverage and is very aggressive. His aggressiveness is shown even more on running plays. This guy has no problem with lowering the boom on opposing runners.

He will fit right into Alabama’s secondary as a cornerback. His willingness to come down and stop running plays could be a great asset to him on the next level. SEC schools Auburn, Kentucky, Mississippi State, South Carolina and Tennessee have already offered him.

Very Blessed to say that I have received an offer from the University of Alabama ‼️‼️🙏🏿 #RollTide 🐘 pic.twitter.com/U51VBDs6RO

Booth is a defensive play maker. All of his interceptions are capable of becoming pick sixes. This guy is a complete athlete. His presence on the field is felt in the run and pass game. Opposing players have to be aware of his position on the field.

He already has offers from SEC schools Georgia, Ole Miss, South Carolina and Vanderbilt. Georgia is not going to be too willing to let Booth out of the state of Georgia. Booth and Phillips have already developed chemistry together as they both play for Archer High school. If Alabama can land the both of them they could become a destructive duo.