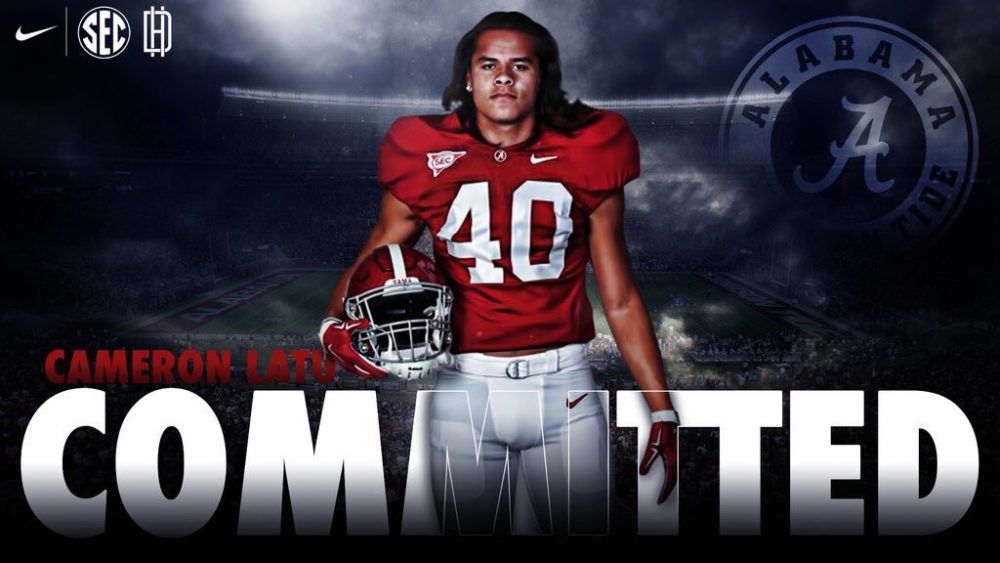 Cameron Latu committed to Alabama on today via Twitter.

Latu is one of the most aggressive defensive players in the 2018 recruiting class. He is a 4-Star recruit according to most recruiting outlets. He is also ranked No. 154 in the ESPN 300.

Alabma’s defensive lineman depth became a problem in the later half of last season. The lack of trust in younger players was a huge cause of this. A player with the skill set of Latu could really benefit from the failure that Saban is attempting to learn from this season.

His speed off the outside is completely remarkable. He is one of those guys that could work his self into The Tide’s defensive line rotation early and continue that same amount of pressure that Tim Williams and Ryan Anderson were able to provide during their time at The Capstone.

It was predicted that Alabama would have a huge month in recruiting this August. In a matter of four days they have already added two highly talented recruits.

Alabama recruiting class currently stands at 9 players. There are also many talented athletes that are still on the  board that are considering Alabama. Tide fans should be excited and stay tuned into Touchdown Alabama Magazine for recruiting updates.