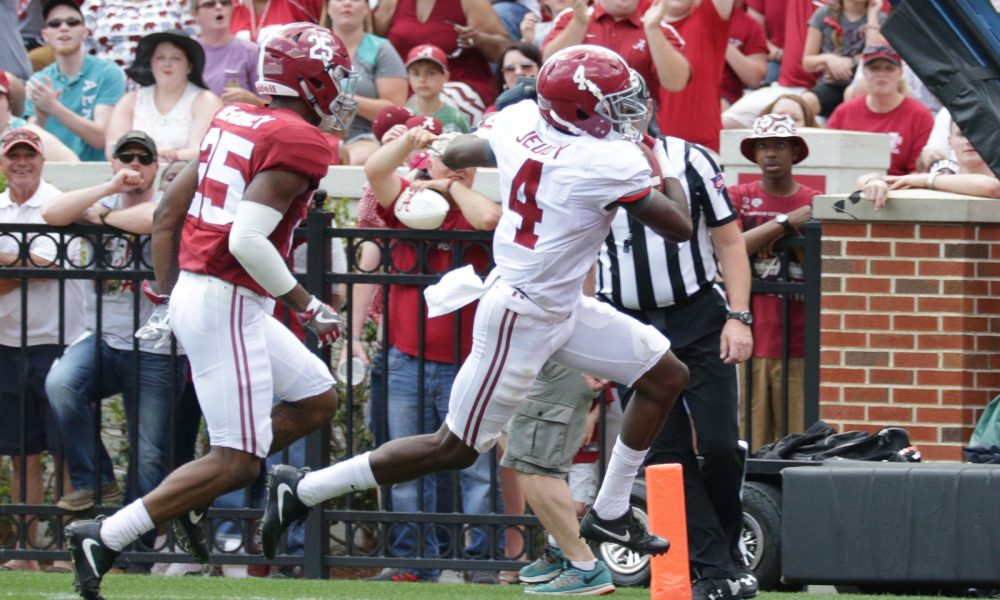 This is not exact science, but the angle does provide conversation.

During his 11 seasons as head coach for the University of Alabama football program, Nick Saban has witnessed three freshmen receivers – Julio Jones, Amari Cooper and Calvin Ridley – record at least one moment that propelled them to have a successful first year.

For the trio in question, it just so happened to be a Southeastern Conference (home or away) opening performance that allowed eyes to focus on all three former five stars.

While Jones ended 2008 with 54 receptions for 926 yards and four touchdowns, his 25-yard score versus Arkansas helped Alabama win 49-14 and started him on his journey.

His outing of 84 receiving yards and two touchdowns on eight catches gave him notoriety against Ole Miss, but it was Cooper’s two receptions for 46 yards and a score in a meeting with Arkansas (2012) that grabbed the attention of fans.

Even before Ridley burned Georgia’s secondary in 2015 for 120 yards receiving and a touchdown, his ability to haul in six passes despite a 43-37 loss to the Rebels created a number talking points and matchup nightmares.

All three went on to become Freshman All-Americans and would eventually lead the Crimson Tide to both SEC and national championships; however, it all started for them during a conference opener. Five-star target Jerry Jeudy is hoping the same will happen for him.

Hailing from Deerfield Beach, Fla., the once high school teammate of Ridley garners the status of being an explosive weapon. He was listed at No. 20 on the ESPN 300 upon signing in 2017, and was on the receiving end of 76 passes for 1,054 yards and 15 scores as a senior.

He immediately earned praise from Alabama’s fan base, following a 134-yard receiving outing with two touchdowns on five catches in the spring game back in April. Despite turning in just one reception in three games, this week against Vanderbilt could be Jeudy’s launching pad.

Although this example is not from a conference opener, former Tide receiver DeAndrew White had an exceptional game versus the Commodores as a freshman in 2011.

A native of Houston, Texas, White totaled three catches for 58 receiving yards and two scores in a 34-0 win. 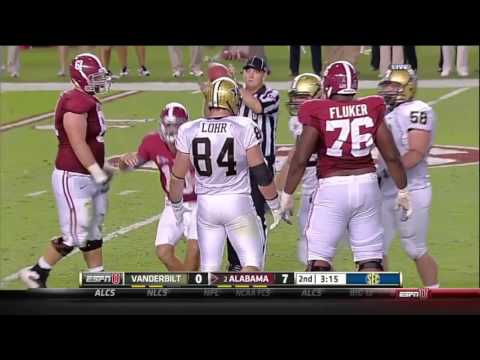 Saban mentioned Robert Foster as being a critical piece moving forward on this week’s edition of the “Hey Coach” show, but there’s always been a freshman to use this part of the season as a statement of its arrival.

Jeudy has a chance to make his mark at Vanderbilt Stadium on Saturday.