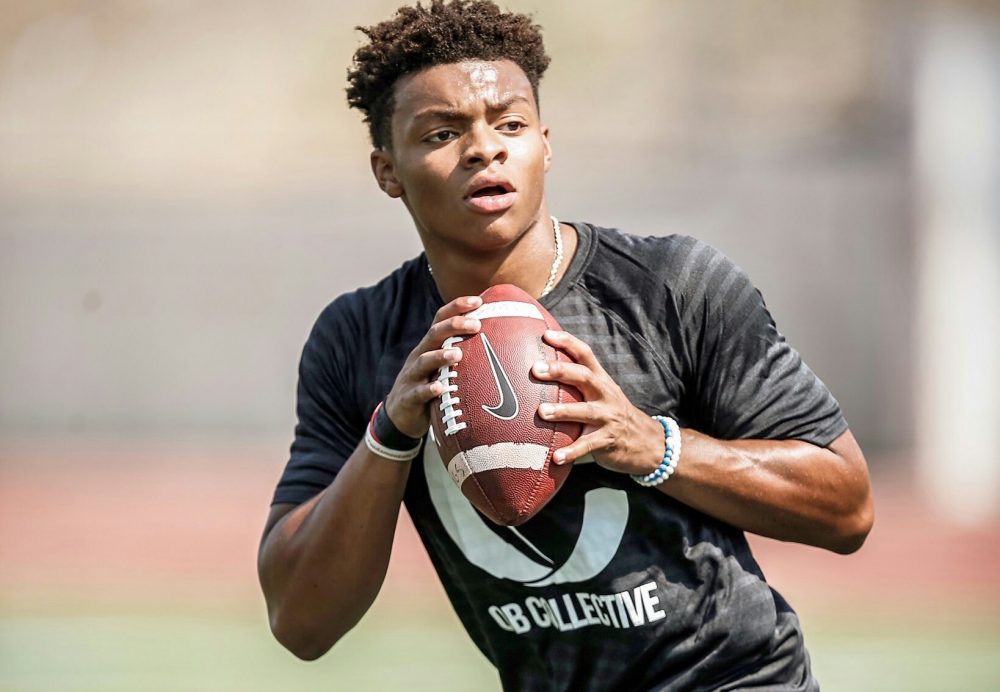 Alabama will have some of its top targets in attendance to see them take on the Ole Miss Rebels. Here are a few of the guys that are going to be in Bryant-Denny Stadium on Saturday night.

Miller is set to announce his commitment on Oct.14. The Crimson Tide will have one more chance to make a good impression on this in-state target as he takes his last official visit to Tuscaloosa before he makes his decision. He will choose between Alabama, Auburn and Florida.

Waddle is a 4-Star prospect that possesses a lot of speed and elusiveness.  The Texas native included Alabama in his top school list on Sept. 17. He has not set a commitment date yet.

ALL GLORY TO GOD

Fields Is the No. 1 player in the country according to most recruiting outlets. He is a dual-threat quarterback that can perform in the air and on the ground.

Anderson is an aggressive edge rusher. The 6’4″ 218-pounder is the No. 2 outside linebacker in the 2018 recruiting class according to 247 Sports.

Andrews is a safety in the 2019 recruiting class. He is a 4-Star recruit. This guy is willing to come downhill to make tackles and lower the boom.

Dean is a linebacker in the 2019 recruiting class. The Mississippi native is a 4-Star recruit according to most recruiting outlets.