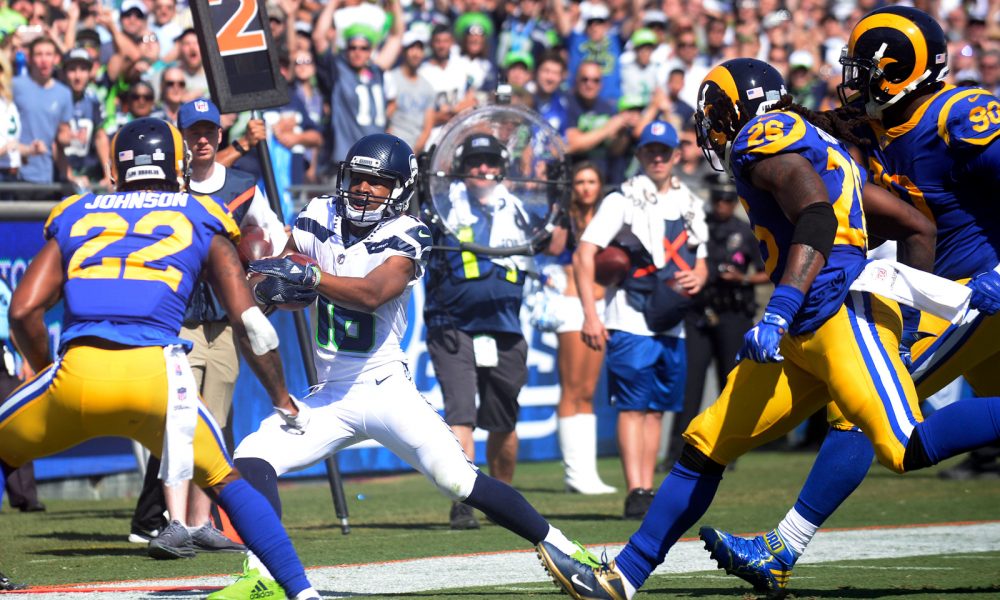 Head coach Sean McVay and the Los Angeles Rams are now 3-2 after falling 16-10 at home against Seattle on Sunday, but it’s defense got another valiant performance from Mark Barron.

He led the team in tackles (eight) in the Rams’ 35-30 victory over the Dallas Cowboys, and returned with an even better effort versus the Seahawks.

The ex-University of Alabama safety recorded a game-high 15 tackles – including 12 solo tackles and one stop for loss. Barron anchored a defense that forced two interceptions, while causing Seattle’s rushing attack to be a non-factor.

Despite leading the team in that category, running back Thomas Rawls managed to have 20 yards on eight carries and the Seahawks had 62 yards total.

Wide receiver Doug Baldwin and tight end Jimmy Graham were both held in check, as they combined for 74 yards receiving with a touchdown on 10 catches. Along with getting pressure to Russell Wilson, Barron also helped rendered the Seahawks to 241 yards and 15 first downs.

Excluding the game for a moment, Barron’s 15 tackles were a season-high for him.

Alec Ogletree was Los Angeles’ leader in tackles with 35 before the matchup, but the former first-round pick of the 2012 NFL Draft now anchors the department with 41 total stops.

Barron and the Rams are second in the NFC West behind Seattle; however, it will face an AFC Conference team next week in the Jacksonville Jaguars. Divisional play shall resume for the franchise on Oct. 22, as Los Angeles will host the Arizona Cardinals at Memorial Coliseum.