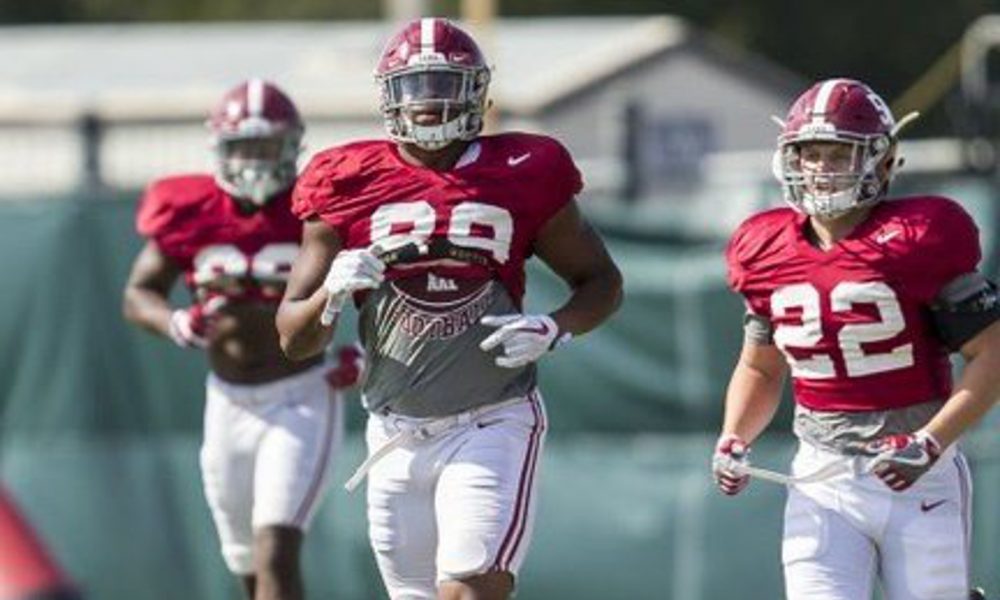 Some guys are just instantly ready to make an impact.

From the moment he decided to sign with Alabama back in January, LaBryan Ray already possessed both the height and weight (6-5/272) to be a wrecking ball at defensive end.

Regarded a five-star from a number of recruiting sites, the product of James Clemons High School in Madison, Ala., totaled 290 tackles – including 52 tackles for loss, 25 sacks, 32 quarterback pressures, three forced fumbles and two fumble recoveries from 2014 to 2016.

During summer workouts and fall practice, Ray advanced from third team to second team on the defensive line.

Despite players like Da’Shawn Hand, Da’Ron Payne, Joshua Frazier and Raekwon Davis having more experience, media pundits couldn’t keep their eyes away from the talented freshman at practice. He’s gotten a chance to play some because of injuries to Christian Miller, Terrell Lewis and Hand, but the quick-twitched edge rusher showed out last week versus Texas A&M at Kyle Field. Ray chimed in with two tackles, a tackle for loss and a sack of quarterback Kellen Mond, which gave the Crimson Tide four sacks on the matchup.

Last season, head coach Nick Saban had a rough time trusting the rotation along his defensive front. While forces such as Payne, Jonathan Allen, Tim Williams, Reuben Foster and Ryan Anderson knew what their responsibilities were, inconsistent play from others is what caused much fatigue in the College Football Playoff title game rematch against the Clemson Tigers.

To put beside the emergence of Davis and Isaiah Buggs, ditching the redshirt on Ray provides Alabama with another show stopper that can make plays. Keeping guys fresh in the rotation should not be an issue this time, especially when Hand returns for the LSU game on Nov. 4.

Tide fans knew Ray was gifted, but after assisting the program to a 27-19 victory over the Aggies, they want to see more from the marquee five-star.