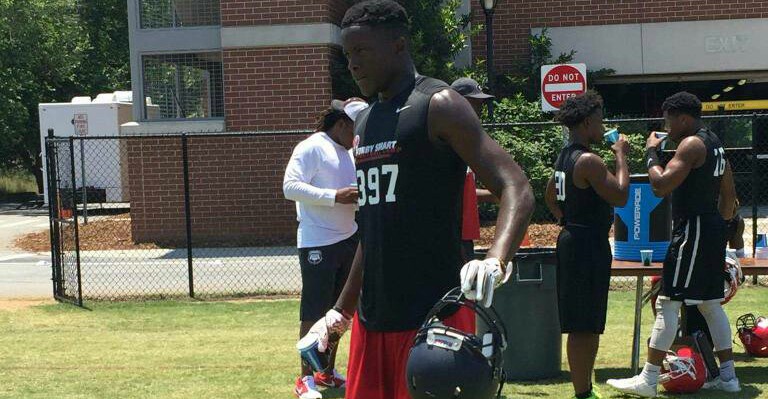 Alabama’s 2019 class is definitely not off to a slow start as they landed their 4th commit on Friday. King Mwicuta announced his decision to commit to Alabama on today and became The Crimson Tide’s first defensive commit in the 2019 Recruiting class.

This Commitment is a surprise to many, because Alabama was not included in Mwikuta’s top 3 when he released it on Sunday. The Crimson Tide quickly made up ground and got his Commitment in less than a week.

Mwicuta is a 4-Star recruit and is one of the more talented LB in this class.

The Troup County product is an excellent linebacker that has experience rushing off the edge. He is very quick off the snap and never gives up on the play. He is seen countless times chasing down players.

He has time to improve on some of his shortcomings with one more season of high school Football left. Alabama has their eyes on some top talent in the 2019 class and hopes to keep their dynasty rolling by bringing in top talent.