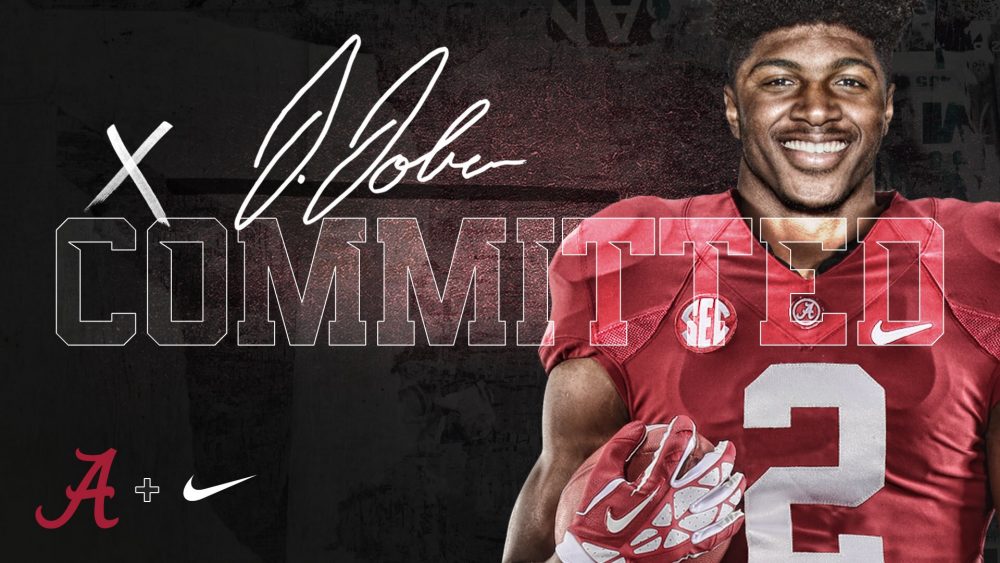 Josh Jobe flipped his commitment to The Crimson Tide on today and became Alabama’s 15 commit.

I want to thank all coaches from the University of Miami but at this time I have to do what is best for me, my future and my family. I will be signing with the University of Alabama on December 20th. #Rolltide pic.twitter.com/bjzoVk94UM

Jobe is a 4-Star recruit and is one of the most talented defensive back in the 2018 recruiting class. He will sign with Alabama on Dec. 20 and take advantage of the early signing period.

Alabama has made the secondary a huge priority in this recruiting cycle as they should. They now have a total of four 4-Star defensive back commits.

The Crimson Tide have largely a class full of defensive players with only five commitments from offensive recruits. Two of those are linemen.

Touchdown Alabama Predicted that he will be one of The Crimson Tide’s targets that will commit and sign during the early signing period. Stay tuned in as we continue to provide updates on Alabama football recruiting.