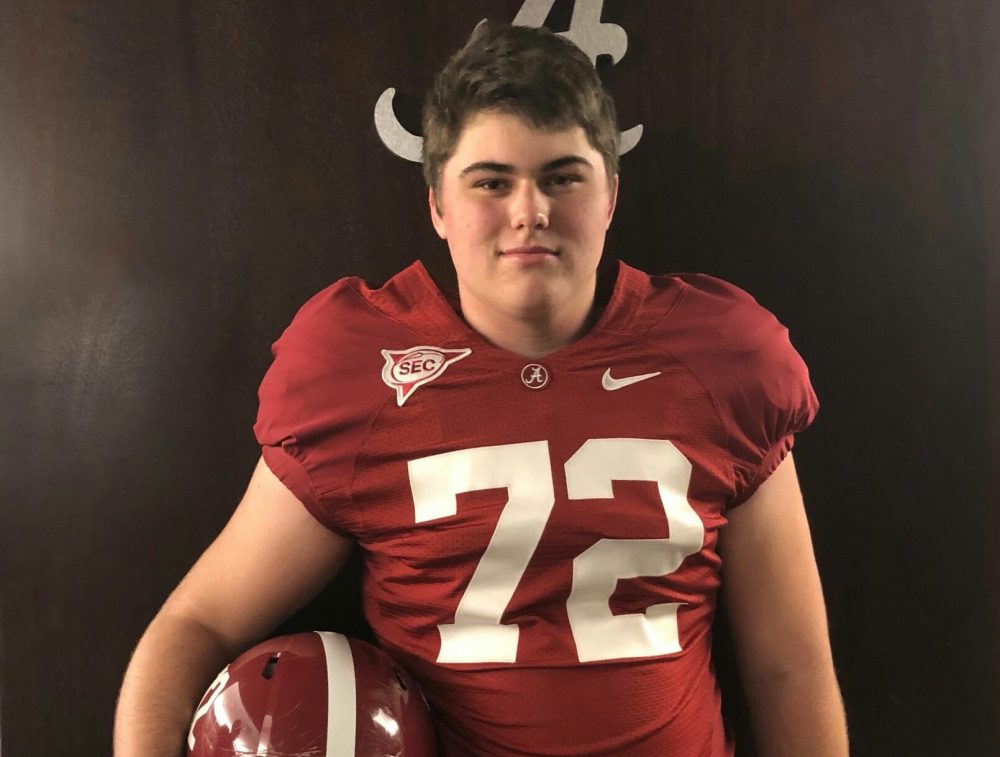 Alabama 2019 offensive tackle commit, Pierce Quick, has officially closed his recruitment. He made his announcement via Twitter.

I want to thank every school that’s recruited me throughout this process. it’s truly been a blessing. At this time though I am completely shutting down my recruitment I am 100% committed to THE University of Alabama and am going to build the the best class seen at Bama. #RTR pic.twitter.com/fKBp0jEHhS

“The main reason I closed was to be the leader of this class,” Quick said.

Quick is a 5-Star OT out of Hewitt-Trussville High School. He will now shut down his recruitment and focus on helping the Tide build their 2019 recruiting class.

“My goal is to build the best class Saban has ever had,” Quick said.

The Alabama-native will have the chance to help the Tide build their next recruiting class within the boarders of Alabama. The state is filled with talent guys, including his teammate and the great grandson of Paul Bear Bryant, Paul Tyson, Taulia Tagovailoa and Clay Webb. The state of Alabama is stacked.

The Crimson Tide has officially locked down one recruit in their 2019 recruiting class and will look to land more big names.