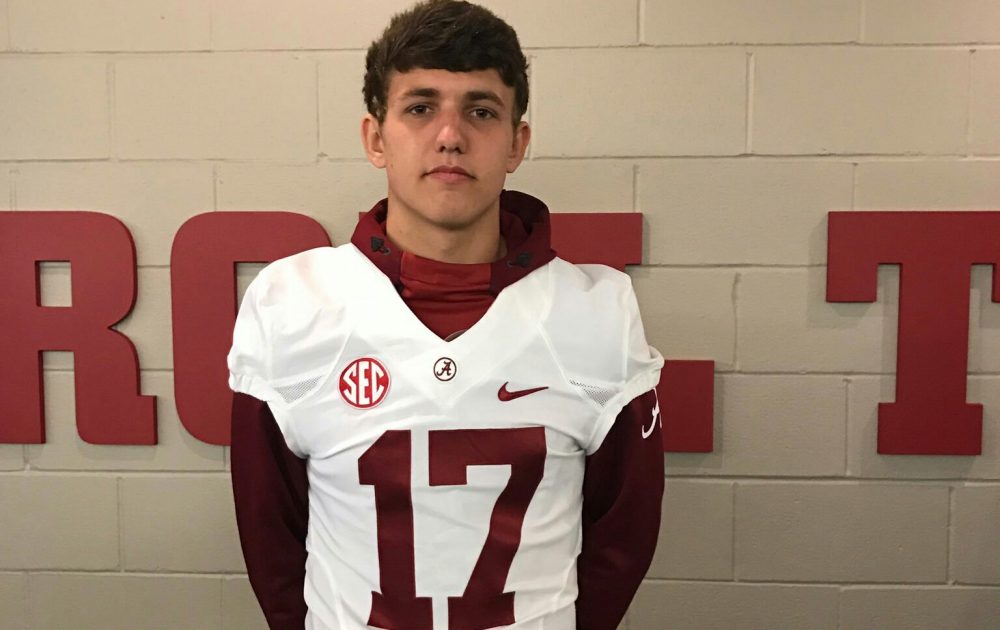 Alabama has landed its second commit of the day and boy is it a big one. Paul Tyson, the great-grandson of Alabama coaching legend, Paul Bear Bryant Has Committed to Alabama.

This kid is an excellent passer. He has great accuracy and knows how to put the ball in those tight spaces. He threw for 36 passing touchdowns and only four interceptions in his junior season. His low interception rate is in large part to his ability to put the ball in a place where only his receiver can get it.

Alabama’s 2019 recruiting class is off to an excellent start with 6 commits and two in the last two hours. This class has the potential to be special.