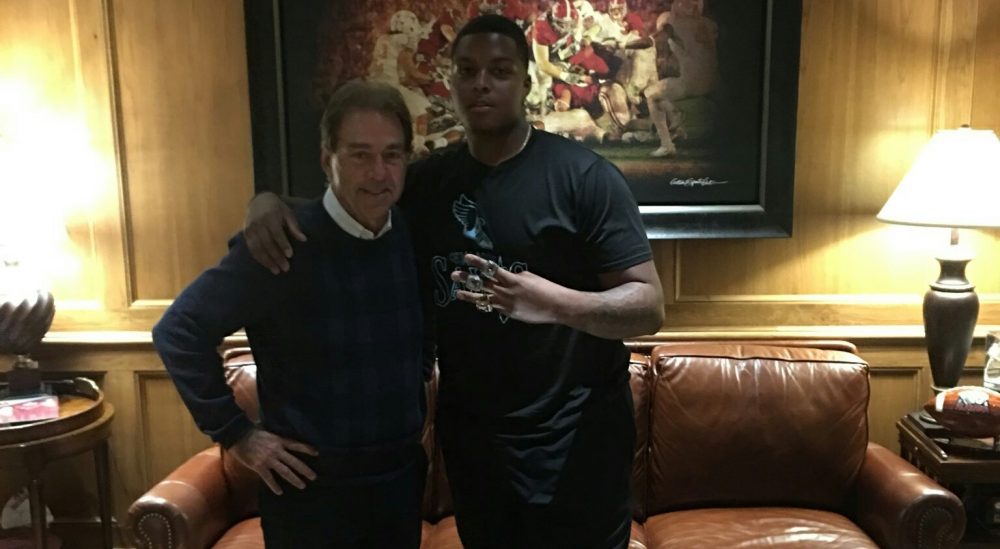 Rashad Cheney has announced his commitment to Alabama. The defensive lineman from Ellenwood, Ga., took to Twitter on Thursday to make it official.

Cheney originally committed to Georgia on Feb. 18, but decided to decommit from the Bulldogs when several other programs came into the picture. Alabama was one of those teams. The recruiting tactics of the Crimson Tide’s coaching staff and a visit to Tuscaloosa in March pretty much sealed things up and had Cheney feeling like he could thrive in Tuscaloosa.

Cheney is a 4-Star recruit out of Atlanta. He has great size at 6-feet-2-inches and 270 pounds. His jump off the line is a thing of beauty. It almost seems like he is in the backfield before the ball is even snapped. He knows how to be very disruptive and clog up holes.

Alabama can look forward to Cheney continuing to grow as a player as he is only a junior.

The Georgia-native is Alabama’s first defensive lineman commit in the 2019 recruiting class. His commitment pushes Alabama to a total of five commits. The Crimson Tide’s 2019 recruiting class has a chance to be very special as the Tide is once against in the mix for some of the nations top talent. Touchdown Alabama Magazine will keep you updated on all Alabama recruiting developments.