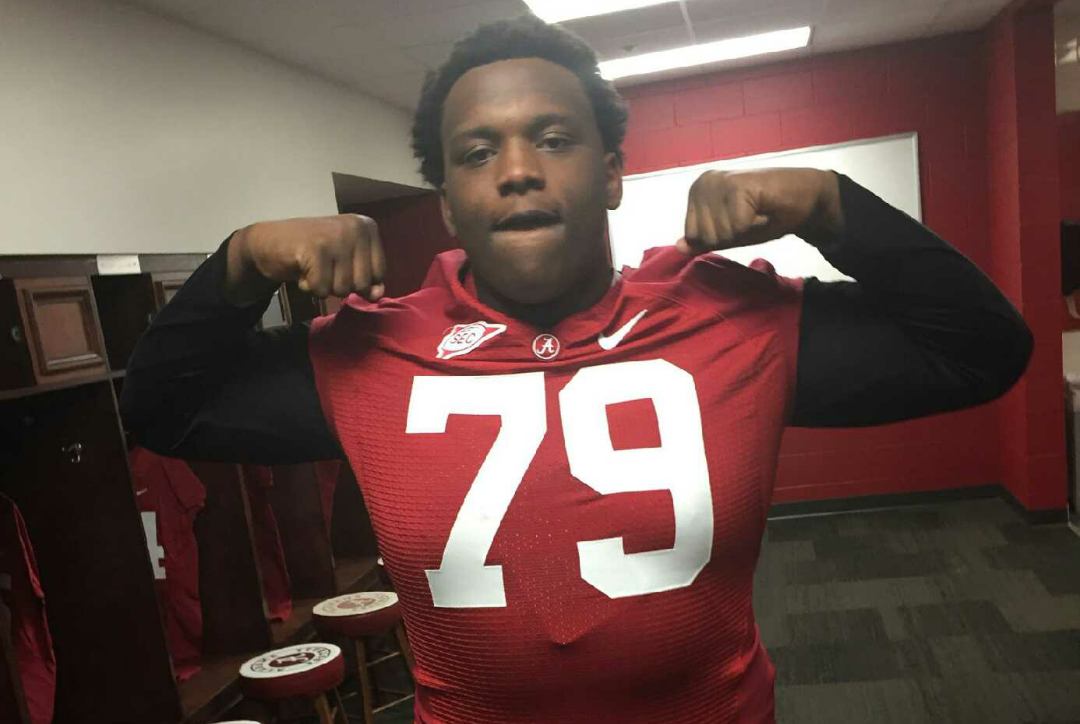 Alabama’s 2019 recruiting class is off to an excellent start and could soon add another huge commit in 2019 offensive lineman, Kamaar Bell.

Bell announced his offer from Alabama via Twitter on April 8.

Bell found out about his offer from the head honcho himself, Nick Saban.

“I was at coach Propst house and I was told I had to have a conversation with Nick Saban,”  Bell said. “He told me I had a great chance at playing at Alabama. I spoke with him on my visit and he told me he offered me.”

The strange thing about Bell’s Alabama offer is that it is his very first offer. Yes, you did read that right. No other Division 1 program in the nation had offered Bell before the University of Alabama. This situation has put Alabama in prime position to land the Georgia native.

“I just grew up learning about great football and Bama is the perfect place,” Bell said.

Alabama fans should be very confident about this guys commitment as he expressed to yours truly that The Crimson Tide is his choice.

“I am sticking with bama and there is no question about it,” Bell said. “I promise you.”

Bell does have to work on his academics a bit before he can make his verbal commitment official.

The 6-feet-3-inches 340-pounder may not have had an offer before Alabama offered, but one can bet he was well on his way to grabbing one as he is massive and definitely knows how to use his size. He completely bullies whoever lines up in front of him and creates gigantic holes for ball carriers.

Alabamas 2019 recruiting class has the opportunity to add some great offensive linemen as they already have a commitment from 5-star, Pierce Quick and are in perfect position to land 5-Star, Clay Webb. This class’ potential is through the roof.