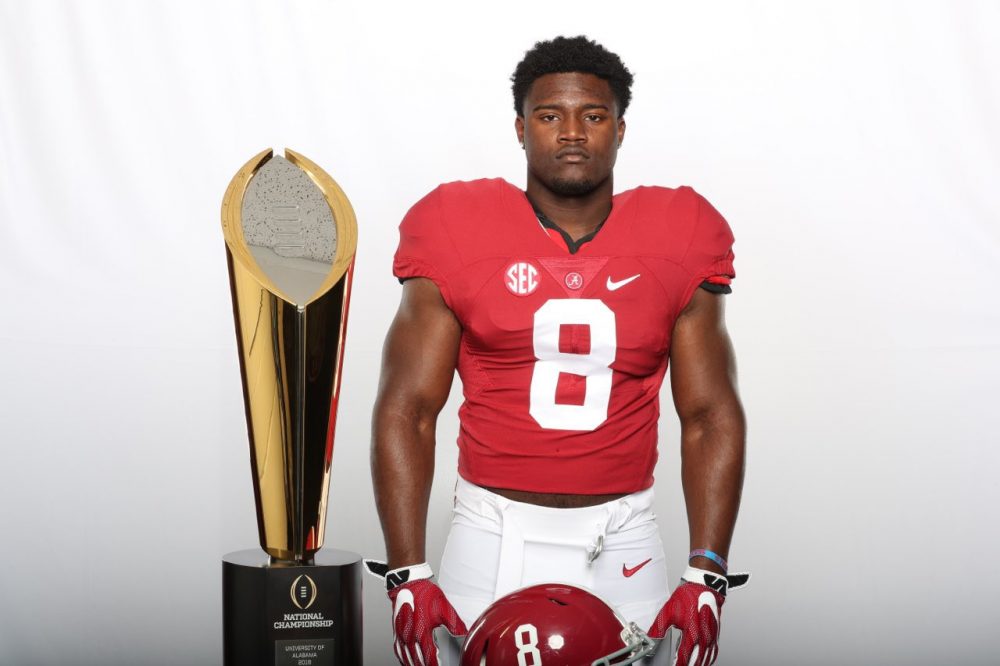 Shane Lee has officially announced his commitment to Alabama and it has been something that he has thought about intensively since the 9th grade.

“I have been getting recruited every since my freshman year. I have seen several other schools and all they had to offer,” Lee said. ” But Alabama was different. On my visit, they showed my family and I their academic support program and the football side of things. My family and I felt this was the best place for me. ”

Lee did not have a specific timeline on his recruitment. He felt that he would know when it was the right time to announce his commitment. Now that Lee has verbally committed to Alabama, he has big plans for once he step on campus in 2019.

“I just want to become a better player and a better person as well as get my degree,” Lee added. “I want to grow as a man on and off the field so I can help other people.”

Lee is a product of St. Francis Academy in Baltimore, Maryland, the same high school as Alabama signee, Eyabi Anoma. They both have a great relationship as Anoma has on many occasions inform him on  the many opportunities that come with playing at Alabama.  Lee also has a relationship with Alabama linebacker, Terrell Lewis.

The Maryland-native also knows all about the winning tradition at Alabama.

“I know I have some big shoes to fill,” Lee said. “Alabama has been unbelievable under Saban. I want to continue to help build on that in the future.”

Alabama is definitely getting a complete stud in Lee. He has great size and is an efficient tackler. He is also the No. 1 layer in the stae of Maryland and is ranked as the No. 3 inside linebacker in the 2019 recruiting class. Alabama Fans should be very excited about this addition to the Tide’s 2019 recruiting class.