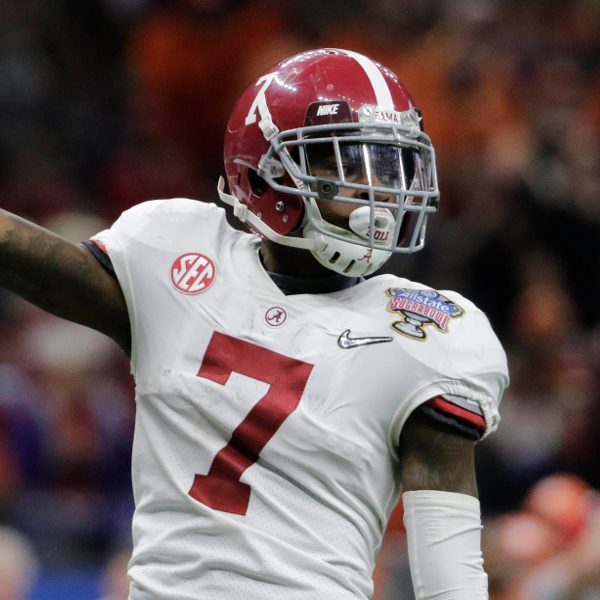 Even with all the scrutiny he’s under, which includes the media and his father, rising junior quarterback Jalen Hurts has not been ruled out of getting the starting job at Alabama.

Along with him lies another name from the Crimson Tide’s 2016 signing class that has an opportunity to start and be a major factor next season, Trevon Diggs.

He put together an incredible surge in spring, summer workouts and fall practice in 2017 and before losing the starting cornerback job (left corner) to Levi Wallace, Diggs was projected to have a good year.

The 6-foot-2, 195-pound junior appears to have reset his focus this spring and is growing in confidence – according to reports from media outlets and head coach Nick Saban.

“As long as he stays focused and doesn’t start just staring at the quarterback, which a lot of guys make a lot of plays with their eyes, but when you are playing man-to-man you have to look at your man. You can’t cover your guy, if you don’t look at him,” Saban said of Diggs on last week.

It was a couple of blown assignments in Alabama’s 2017 season opener against Florida State that led to Diggs being benched, however, Saban said the Maryland native has improved his discipline.

After playing wide receiver and defensive back throughout high school and during his freshman year with the Tide, the former four-star is a very athletic talent.

His size and speed could go a long way in disrupting receivers, but keeping an aggressive focus and consistency is imperative.

Alabama expects three freshmen to arrive on campus in the summer and while Patrick Surtain caused quite a stir in the 2018 recruiting cycle, anyone one of the trio between he, Jalyn Armour-Davis and Josh Jobe could line up and be successful.

He totaled six tackles through 13 games a season ago, but in the coming fall Alabama wants more fight from Diggs in owning his position.