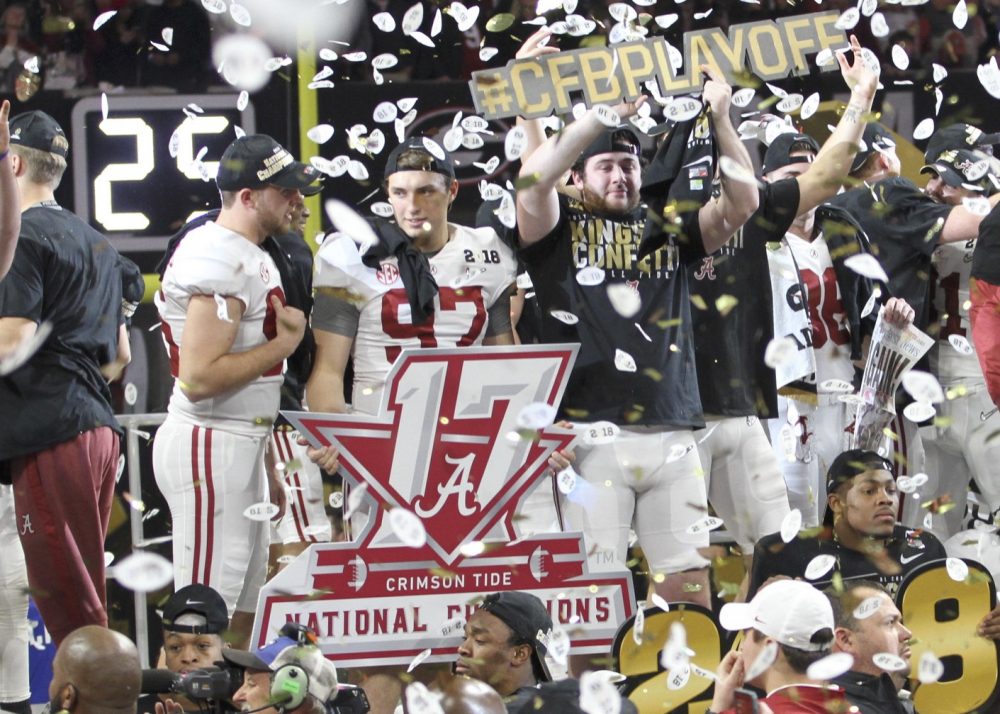 Players received the exquisite hardware following Monday’s annual “Steak and Beans Dinner” (according to Alabama football’s official Twitter account). With the usual assortment of talent on board for a program synonymous with reloading instead of rebuilding, the Tide could certainly add to their collection of prestigious jewelry following the upcoming season.

For a moment, though, they’ll bask in the glory of 2017’s dominant campaign.