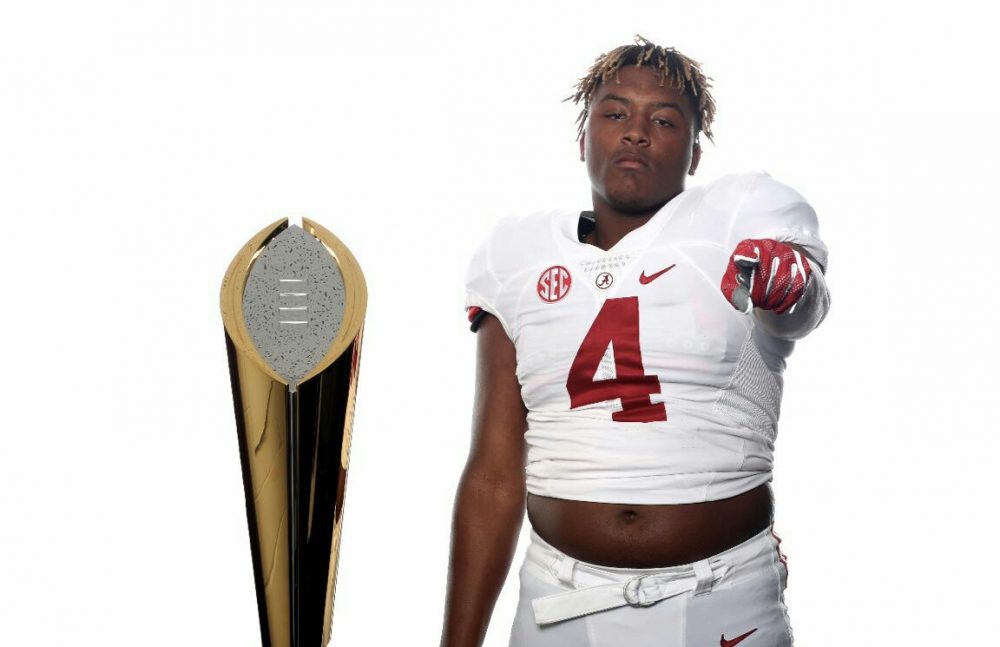 Jaren Handy is regarded as one of the top defensive ends in the nation, because of his aggressiveness on the field and Alabama hopes they can convince him to bring that fire to Tuscaloosa. The Tide has put themselves in a good position with Handy as they talk on a regular basis. He took a visit to Tuscaloosa earlier this month to witness the Alabama tradition in person.

“The visit was pretty good,” Handy said. “I really enjoyed myself.”

Several Alabama coaches spoke to Handy during his visit as he explored the University of Alabama’s campus. A few things stood out to him while in Tuscaloosa.

“The whole campus stood out,” Handy added. “I especially, love the talks with coach Kool and coach Saban.”

Handy is one of the top players in the state of Mississippi and that is definitely saying something with the amount of talent that is in the state, but Handy separates himself with his athletic ability. The 6-feet-5-inches 278-pounder has a great jump off the line. At times, it seems like he is in the back field before the ball even snaps.

The Mississippi-native isn’t looking to make a decision anytime soon, but has some things he is looking for in his perfect school. He expressed to yours truly that he would love to play somewhere he could play early, get a good education and that has a good family environment. Fortunately for the Tide, those are all things, Alabama football can provide for a player. It is going to be interesting to see how his recruitment plays out. Touchdown Alabama Magazine will keep you updated on any developments.