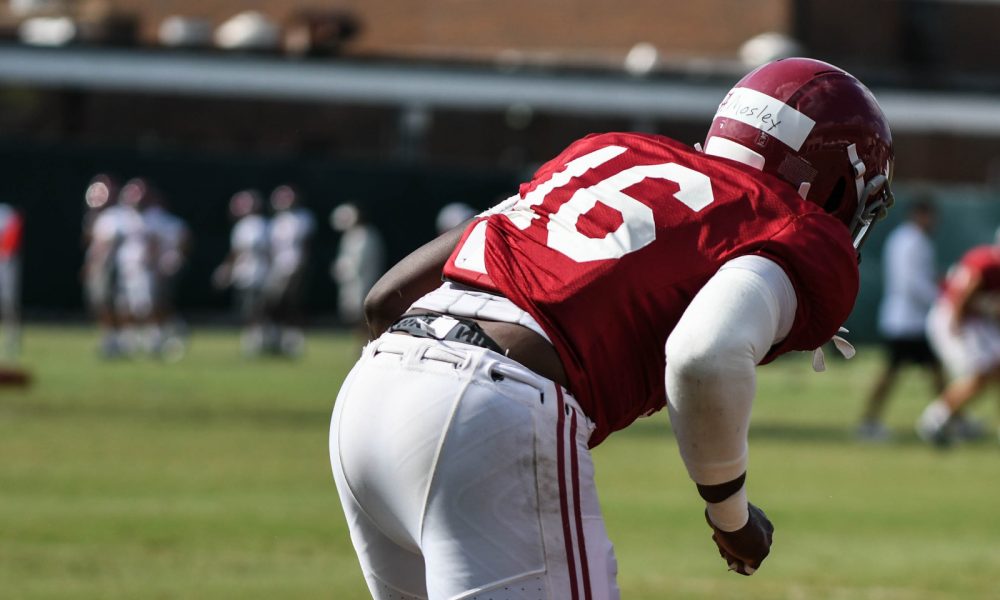 Eyes were drawn to Tua Tagovailoa, Jaylen Waddle, Ale Kaho, Chris Owens and Deonte Brown based on where they stood on Monday’s depth chart; however, there was a name listed at two different linebacker spots that stepped up in 2017 and is ready for more responsibilities.

Jamey Mosley, younger brother of former University of Alabama star C.J. Mosley, returns as a veteran player and redshirt senior. After going through the dark days of being a walk-on, the Theodore (Ala.) native earned an athletic scholarship in 2016 and make a solid impact.

He recorded 13 tackles, including 1.5 stops for loss and a sack through 12 games in helping Alabama football win a national championship in 2017. Although his opportunity came at the expense of Christian Miller, Anfernee Jennings and Terrell Lewis all suffering injuries, the outside linebacker room is close under Tosh Lupoi and the Crimson Tide’s latest defensive coordinator refers to Mosley as a “technician” at his position.

“It has everything to do with his preparation and desire to be great,” Lupoi said on the biggest improvement for Mosley at Fan Day. “Jamey Mosley has the respect of his teammates and the entire team because of the way he goes about every day. He’s already put himself in position to be a major contributor for us as he was last year, and he stepped up.”

Now an established voice, Mosley looks to have more of his say on the field in terms of generating a productive season and possibly creating an NFL Draft stock for himself.

He dropped nine pounds in the summer, going from 248 to 239 in hopes of gaining more quickness to affect quarterbacks off the edge. Nick Saban’s confidence in Mosley has allowed the six-time national champion at head coach to have him at strong-side “SAM” and jack linebacker behind Christian Miller and Anfernee Jennings. He’ll be first off the bench in both areas, giving Mosley the opportunity to showcase his speed and strength at the attack point.