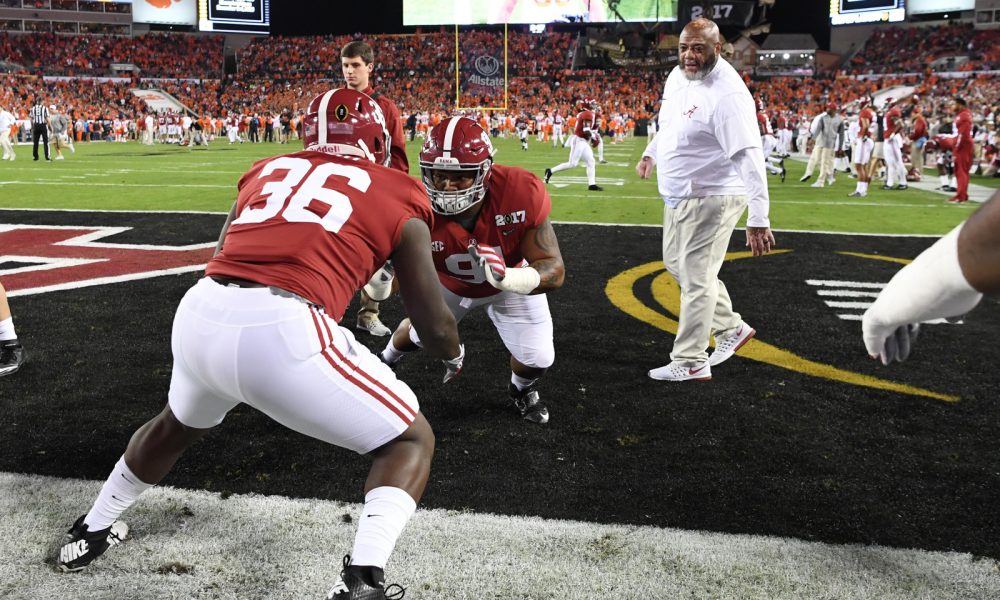 Johnny Dwight’s patience is about to pay dividends.

Like all other high prized defensive linemen, choosing to play at the University of Alabama comes with waiting behind others that desire an opportunity.

While no one questions the leadership of Raekwon Davis and Isaiah Buggs on the defensive front, seeing Dwight finally get his chance is a feel-good story. A native of Rochelle, Ga., the once four-star prospect was moved from defensive line to tight end in 2015 as a redshirt freshman. He transitioned back with the big boys in 2017 and collected nine total tackles 3.5 tackles for loss, one sack and one quarterback hurry in helping the Tide win a national title.

Pairing Dwight with Craig Kuligowski, Alabama’s defensive line coach, was an excellent move as the redshirt senior turned in a strong spring and a great fall camp. Now at 6-foot-3 and 301 pounds, the forgotten man up front has elevated himself to second-team defensive end behind Davis via the week one depth chart for Louisville. During his first game week presser of the season, Saban said the team will need for Dwight to play, get minutes and grow in confidence.

“He has responded well to the challenge,” Saban said of Dwight. “We have a lot of confidence in him right now.”

Teammates have seen Dwight’s growth and none appear to be happier for him more than Isaiah Buggs, who understands what it’s like to be underrated. He told the press in Monday’s player interviews that he is very excited to play with Dwight and expects him to have a big year.