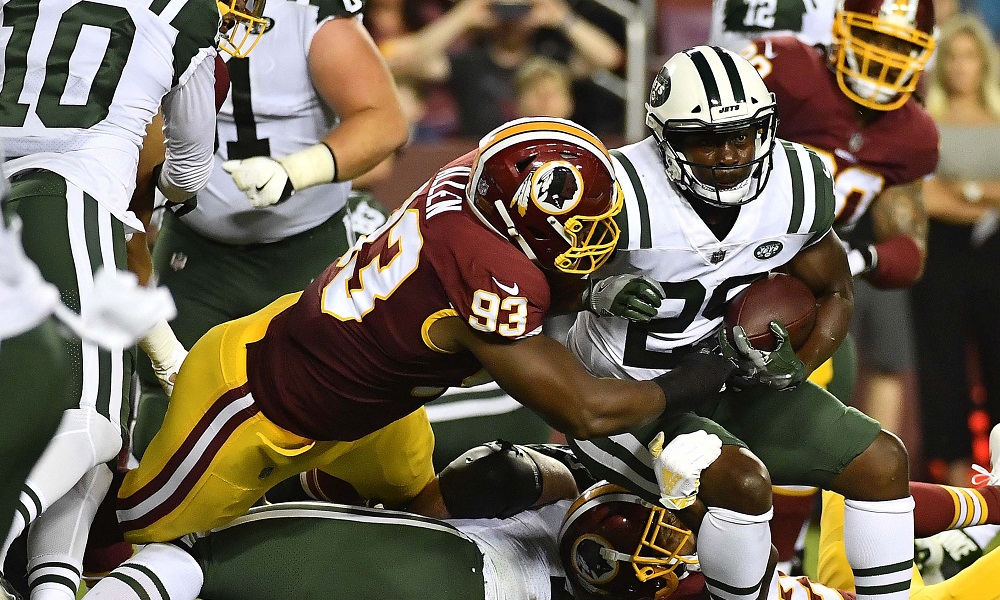 Washington Redskins tight end Vernon Davis was ecstatic after their season opening win over the Arizona Cardinals and had high praise for his teammates from the University of Alabama.

As a camera caught Jonathan Allen and Da’Ron Payne walking off the field post-game, Davis screamed into the camera “THE ALABAMA WAAAALLLLLLLL!!!!” The veteran tight end may have started a new nickname in the Redskins fan base, that is already familiar with names such as, “The Hogs” and “The Diesel”.

The Redskins have four Alabama players on the defensive side of the ball in Da’Ron Payne, Jonathan Allen, Ryan Anderson, and Shaun Dion-Hamilton. Behind this great “Wall”, the Cardinals were held to only 6 points and 68 total rushing yards.

This group is already proving to be the foundation for a young and promising Redskins defense. After Sunday’s outstanding performance, the NFC East better be on watch for years to come.

Back in April, Washington head coach Jay Gruden expressed why Alabama players are high priorities during draft evaluations. Judging from their last two first-round selections (Allen ’17 and in Payne ’18), it’s fair to say that the Redskins are very fond of prospects from the University of Alabama.

“They play at such a high level consistently,” Gruden said. “Their defense is good week in and week out. I mean, in the last three years, they’ve been to three national championships and won two. So that type of consistency against the best competition in college football, their defense stands out. They get the top recruits out of high school. These guys translate to great college players, and then, for the most part, they translate to great pro players.

“You’re going to see that here. Ryan Anderson is just getting ready to make his mark, and, obviously, Jonathan Allen’s going to have a healthy year next year and play extremely well (and) Da’Ron. So, we’re excited about these Alabama guys, but we’re also excited about everybody else.”

There is plenty to be excited about in the nation’s capital and it’s due to a pipeline from Tuscaloosa, Alabama. Let “The Alabama Wall”, lead the way for years to come.