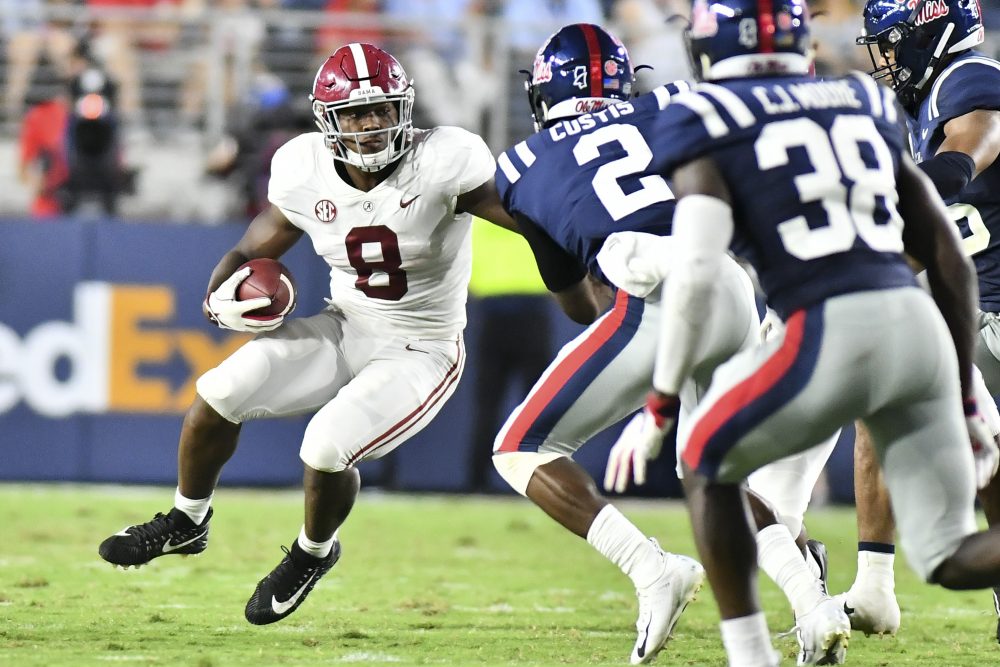 Among the many hires for the 2018 season was the addition of new special teams coordinator, Jeff Banks. Banks was the special teams coordinator for Texas A&M for five seasons before coming to Alabama, and while at Texas A&M, he molded Christian Kirk into one of the most dangerous returners in college football. In addition to his work with Kirk, Banks oversaw the emergence of punters Drew Kaser and Shane Tripucka and placekicker Josh Lambo.

Alabama has not typically been known as a team that excels in the return game. Eddie Jackson was a dangerous returner for Alabama in 2017, returning two punts for touchdowns but the Tide struggled in 2017 to field both punts and kicks.

Waddle took a hold of the punt returner duties and has shown how electric he can be. In three games, Waddle has touched the ball seven times and has accounted for 100 return yards and is averaging fifteen yards per return. Aside from Waddle being impressive in his first three games, it has been Josh Jacobs who has shown his skills in the return game. Jacobs has been considered a swiss army knife and is very dangerous in the run and pass game but he has also shown his versatility numerous times this season.

In the first game of the season, Jacobs returned a kickoff 77 yards for a touchdown against Louisville and against Ole Miss returned a kickoff 74 yards to put the offense in scoring position. Jacobs currently accounts for 178 return yards which rank first in the SEC. Alabama is currently number one in the country in kickoff returns and is leading the way with 59.3 return yard average.

While Alabama has a dominant defense and the offense is doing great things with Tua and Mike Locksley at the helm the special teams has been one of the biggest surprises. The return game is looking tremendous and it adds a new dimension to which Alabama can be successful in games moving forward.