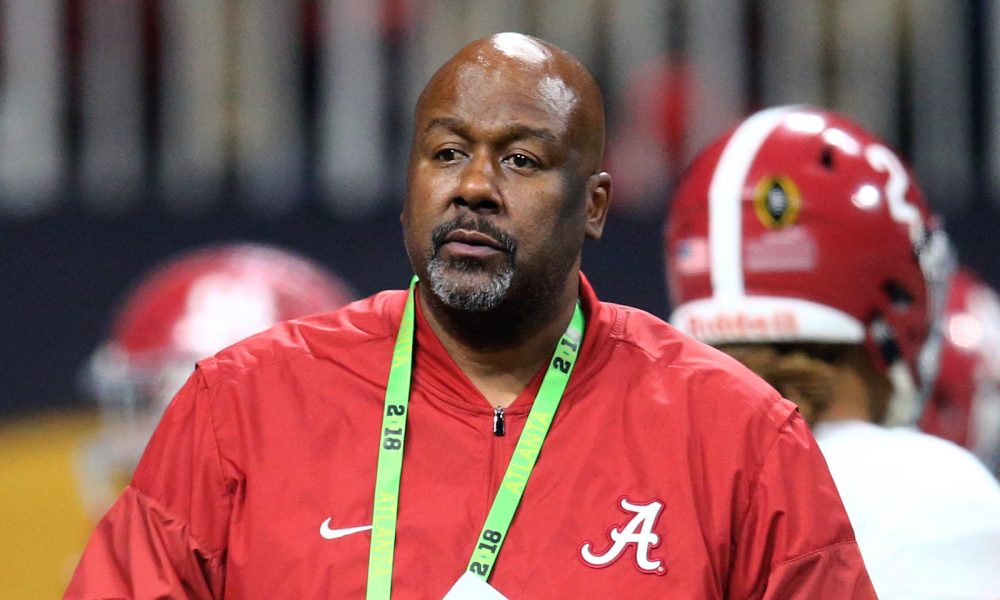 Alabama football is known for many things; however, the program’s finest accomplishment was delivering an assistant coach through the most gut-wrenching moment of his life.

Much excitement filtered through social media in the offseason, as Crimson Tide players were presented with the man they wanted at offensive coordinator. The words pain and despair do not even begin to describe Michael Locksley’s emotions on the Sunday morning that followed Alabama’s meeting with Florida State in Atlanta to start the 2017 college football season.

A devoted family man, Locksley was the father of four children. After a 24-7 win over the Seminoles, the 48-year-old soon learned news that would have any other parent shut down at the thought of hearing it. Locksley’s son, Meiko, was tragically shot and killed in Maryland. Hailing from Washington, D.C., the father-son relationship between Locksley and Meiko was centered around football. The son looked up to his father as a coach and a man, while Locksley viewed his son as inspiration as a coach. Although the young Locksley won’t fulfill his dream of coaching, he now smiles upon his father for carrying the torch they shared together.

Nick Saban and players begged Locksley to return home in the aftermath of the tragedy, and though he did eventually make the trip, he spent more time in Tuscaloosa. Per sources, Locksley said he needed to be at Alabama and that being around the players would help him get through.

Putting the Tide over his turmoil not only won the players to him, but Locksley also earned Saban’s respect. He looked over Locksley a couple of times in hiring Steve Sarkisian and Brian Daboll, but Saban could not escape the players’ cry for Locks in the offseason. Because of this, Alabama’s offense has exploded and is one of the nation’s top groups in points scored.

His wealth of knowledge in running a spread scheme and willingness to incorporate what quarterbacks coach Dan Enos brings from a pro-style set, has allowed Locksley to coach an offense that has totaled 140 of the Tide’s 170 points – 82.4 percent – through three games.

Behind the former offensive analyst, Alabama is the first Southeastern Conference school to record 50-plus points in three consecutive games. Locksley has sophomore quarterback Tua Tagovailoa in serious consideration for the Heisman, as he’s completed 72% of his throws with eight touchdowns to no interceptions. He has created an environment for wide receiver Jerry Jeudy that resembles what former assistant Lane Kiffin had for Calvin Ridley in 2015.

The sophomore is having a breakout year, leading the team receptions (11), receiving yards (284), touchdowns (six) and yards per game average (95.7). Regardless of him mentioning the affect Daboll had, Saban said having Locksley brings a sense of “control” in molding leaders.

“Mike does a great job of getting guys to do things the way it needs to be done in order to be productive and effective,” he said. “It has worked out well so far.”

Locksley coached Alabama’s offense to 55 points in its 62-7 win over Mississippi. From heartbreak to finding a new home, he’s all in on getting the Tide to another championship.