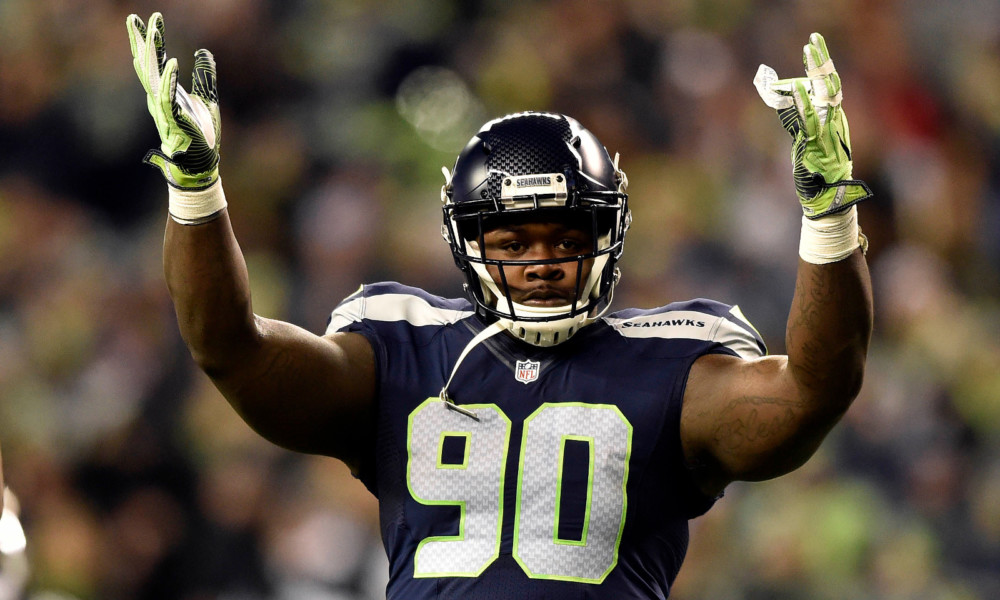 Week 3 in the NFL just wrapped up last night and Alabama leads all colleges with 44 players on active rosters. Lets take a look at how these former Alabama standouts fared.

James Carpenter started at guard for the Jets in a hard fought Thursday night loss.

Robert Foster was active but didn’t record any stats in the upset win over Minnesota.

Defensive tackle Dalvin Tomlinson had four tackles in the victory over Houston.

Houston safety Kareem Jackson had 9 tackles on the afternoon.

Ha Ha Clinton-Dix had 5 tackles and an interception in the loss. This is consecutive weeks with a turnover for the former Tide safety.

Punter JK Scott punted fives times for a 46.4 yard average. He also attempted a pass on a fake punt play that failed. Scott is emerging into one of the better punters in the NFL in his rookie season.

Da’Ron Payne had a great game on Sunday, finishing with 5 tackles and a sack. Payne is becoming a force up in the nation’s capital.

Jonathan Allen had a monster game as well, finishing with 5 tackles and 2 sacks.  3 tackles went for loss and he had 2 quarterback hits. The “Alabama Wall” is playing a huge part in Washington’s 2018 turnaround.

Ryan Anderson played but only recorded one tackle.

Shaun Dion-Hamilton played but didn’t record any stats. Right now he is manning the special teams units in Washington.

Reuben Foster made his season debut after serving a two game suspension. He had a solid outing finishing with 7 total tackles

Chiefs inside linebacker Reggie Ragland had seven tackles in the victory. Ragland has evolved into a vocal leader for the Kansas City defense.

After it looked as if Amari Cooper had broke out of his funk in week 2, he went back into it in week 3. Cooper finished with an abysmal 2 receptions for 17 yards. Jon Gruden must find him ways to get the ball. Oakland is now 0-3 on the season.

Kenyan Drake had a quiet night in the Dolphins victory. He ended the night with 5 carries for 3 yards and two receptions for seven yards.  The Dolphins are now 3-0 and in first place in the AFC East.

Defensive Back Minkah Fitzpatrick finished with 10 tackles and is really making a case to an all-rookie performer.

Ryan Kelly started at center for the Colts. It’s good to see Kelly healthy after struggling with injuries early on in his career.

Chance Warmack didn’t play and looks to be on the trading block. It’s tough news for Warmack, as he lacks the versatility of the other lineman on the Eagles roster.

Derrick Henry had 18 carries for 57 and no touchdowns. Henry has yet to find the end zone all season.

2018 first-round pick Ra’shaan Evans made his rookie debut and finished with one tackle. His return could boost an already solid Titan defense.

T.J. Yeldon had 7 carries for 44 yards. He also had six receptions for 46 yards. Yeldon needs a bigger role in this offense and is proving to be more versatile than starter, Leonard Fournette.

Marcel Dareus had 6 tackles in a hard fought defensive effort.

Ronnie Harrison played but did not record any stats.

Cornerback Dre Kirkpatrick had 7 total tackles for the Bengals who are now 2-1.

Tim Williams had one tackle for Baltimore.

C.J. Mosely is still out with a knee bone bruise in the week 2 game vs Cincinnati.

Marlon Humphrey had 2 tackles in the win over Denver.

Anthony Averett was inactive with a hamstring injury.

Calvin Ridley set the world on fire Sunday, catching 7 passes for 146 yards and 3 touchdowns. Ridley is the early favorite for offensive rookie of the year.

Julio Jones had a solid outing catching 5 passes for 96 yards. Jones has yet to find the end zone this season.

Saints running back Mark Ingram has one more game left in his four-game suspension given to him by the NFL.

Mark Barron is still out due to injury and has yet to play this season.

Eddie Jackson had 3 tackles and an interception for Chicago. Jackson is emerging as one of the better young safeties in the NFL and could be on the way to the pro bowl this offseason.

Cardinals tackle Andre Smith was inactive and has yet to play this season.

Seahawks defensive tackle Jarran Reed had a outstanding game, finishing with three tackles and two sacks. Reed’s performance helped Seattle get their first win of the season. Before the start on the season, those in the Seattle front office expected an impact year from the former Alabama product.

#Cowboys LG Connor Williams actually didn't play as bad as I 1st thought, especially in the run game, but he was defeated mano-a-mano here. Allows Jarran Reed to power through his anchor here. Needs to keep his elbows tight to create the torque necessary to adequately anchor here pic.twitter.com/ww12IJlIAM

A’Shawn Robinson had 3 tackles to help the Detroit their first win of the season.

Da’Shawn Hand played 23 snaps and had two tackles. Hand is putting together solid performances and seems to be trusted by the Lions coaching staff.

O.J. Howard had another fantastic evening, catching 6 passes for 72 yards in a Monday night shootout. Howard is clearly emerging as one of the better tight ends in the NFL.