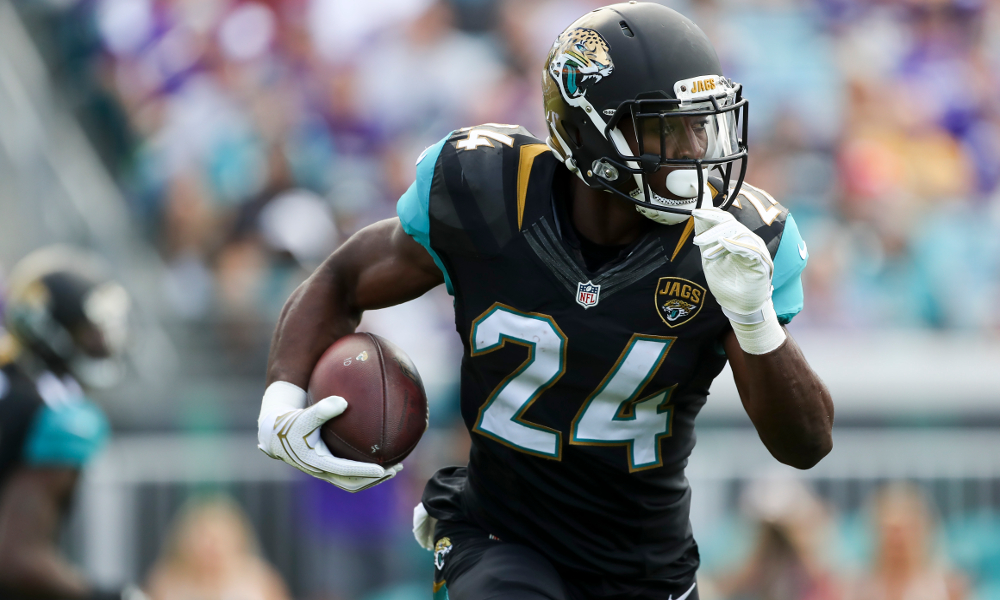 This NFL season I’ll be doing weekly NFL fantasy updates on former Alabama players who qualify. I’ll give match up breakdowns in each feature, providing data and information that should prove helpful in winning your league. Remember, when playing fantasy football, it’s always important to start and bench players based on opposing match-ups and not personal fandom. For instance, if a player has a history of not producing against a team, it wouldn’t wise to start them. However, if a player has a history of playing well against a team it would be in your best interest to have them on your roster for that week. Let’s look at seven former Tide players who will be in fantasy action during week four.

Calvin Ridley is coming off a career day against New Orleans and he is only going to get better as the season progresses. The rookie from Alabama caught 7 balls for 143 yards and 3 touchdowns. I expect Ridley to produce against a Cincinnati defense that is 24th against the pass. Going forward it will be difficult for teams to defend both Ridley and Julio Jones. Defensive coordinators pick your poison.

Jones lacks the touchdown production of Calvin Ridley but he is still worth a start. For the season Jones is averaging 14.67 fantasy points per game through the first three weeks of the season. In his last meeting against Cincinnati in 2014, Jones had 7 catches for 88 yards and a score. Jones has had trouble finding the end zone but he is averaging 109. 6 receiving yards per game this season.

Ryan Fitzpatrick should get the start this Sunday for Tampa (Jameis Winston returns from suspension) and he has great chemistry with the second-year tight end. Howard is coming off a 6 reception 72 yard performance vs Pittsburgh. Chicago is solid against the pass, ranking 11th. However, O.J. Howard has hit his stride and it’s hard to think that he will experience a dip in production. Howard has 222 receiving yards, ranking 3rd among NFL tight ends.

The Eagles rank 1st in the NFL against the run. I expect Philadelphia to keep Henry under control and this game could be very pass heavy for Tennessee should they fall behind early. If that’s the case, you’ll see more Dion Lewis rather than Derrick Henry. The former Heisman trophy winner is averaging 46.3 yards per game in 2018. He also yet to find the end zone this season.

Cooper will be a sit until head coach Jon Gruden can find ways to consistently get Cooper the ball. Last week he had 2 receptions for 17 yards. That production is unacceptable and it’s a big reason why Oakland is 0-3. Cooper will likely be lined up against talented rookie corner Denzel Ward, who has taken the league by storm in 2018.

Drake only accounted for two Fantasy points last week against Oakland, a week after he had 15 fantasy points against the Jets. New England is struggling and it’s no telling if they are ready to bounce back from 1-2 start. The Patriots are 31st in run defense, giving up 143 yards a game. This is a tricky pick. Numbers tell a story but Bill Belicheck is one of the best coaching stories in football history. This pick will give fantasy owners a ton of thought and headaches.

Yeldon has been a solid fantasy performer all year. I would put Yeldon in the start category but he is listed as questionable (ankle) for Sundays game against the Jets. If he is healthy, start Yeldon. He has become one of the better all-around backs in the NFL and looks to be more patient as a runner in 2018. Through 3 games, Yeldon is averaging 11.5 fantasy points per contest. Yeldon would be a great flex option on rosters that offer the flex position.