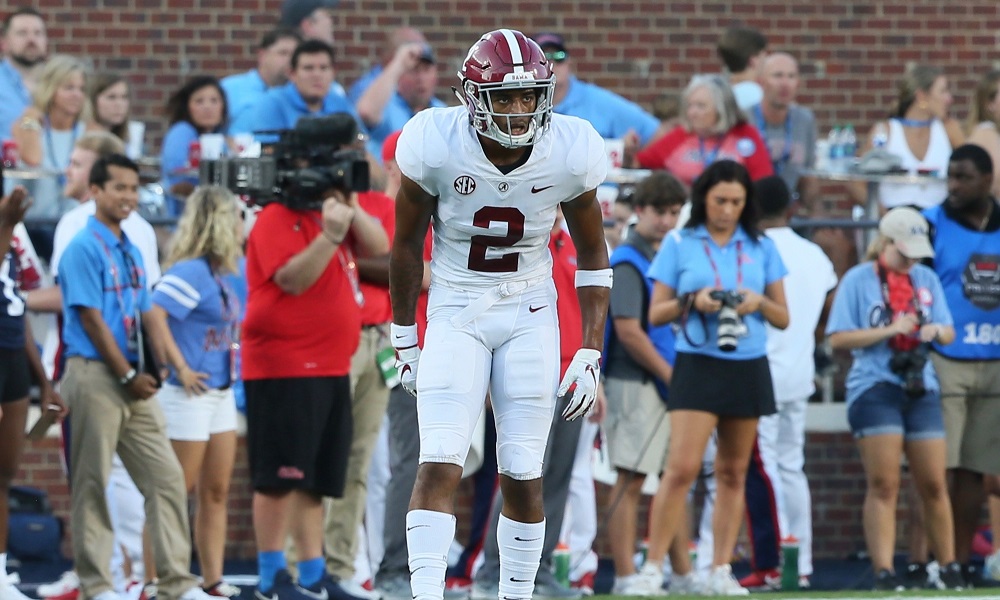 Tuscaloosa, AL — Patrick Surtain II is coming off his first career start for the Alabama Crimson Tide, and his play to start the season has been quite impressive.

While four games is a small sample size, Surtain II has played enough snaps to give credence to the following statistics of opposing quarterbacks targeting him.

In a breakdown by CFB Film Room in graphic form, they displayed how elite Surtain II has been so far in his young career. Again, the season is young, but the results are staggering. Take a look.