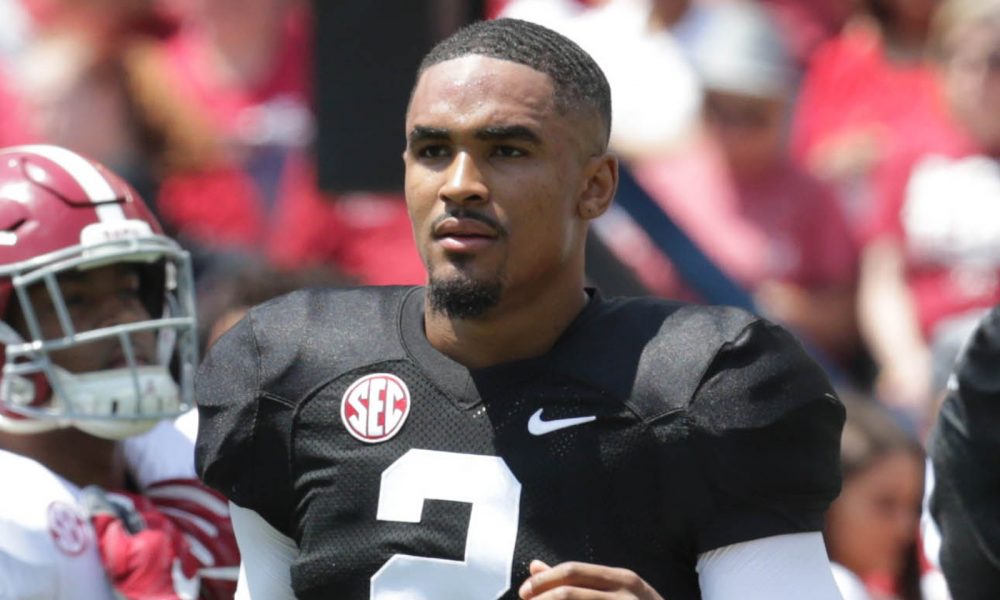 The redshirt rumor is now dead, and honestly, it never had a leg to stand on from the beginning.

University of Alabama head football coach Nick Saban spoke to the media during Wednesday’s presser, and the first thing he addressed was quarterback Jalen Hurts.

An interesting story occurred earlier today, as Kelly Bryant decided to transfer out of Clemson — due to true freshman Trevor Lawrence being named the starter.

Bryant, who assisted the Tigers to the College Football Playoff in 2017, felt disrespected and according to a report from Manie Robinson of the Greenville News, the senior was quoted in saying that the move was a “slap in the face” to him.

On the heels of statements from Bryant and Tigers’ head coach Dabo Swinney, many are left perplexed as to why Bryant is leaving Clemson and Hurts has chosen to remain at Alabama.

Education is one of those reasons. Bryant already has an undergraduate degree and is trying to get more looks at the National Football League, while Hurts is 15 credit hours away from marching with his undergraduate. The other reason is the native Texan has not only accepted his role as a backup, but he is also enjoying his time in Tuscaloosa with his teammate and the fans.

“Jalen has been very professional in handling the situation that he has been in,” Saban said of his junior signal-caller on Wednesday. “It’s a unique situation. Nobody has ever been in before where you have won 26 games and now somebody else is playing, but what he has done is that he has worked every day to get better, focusing on improvement, and the value that can get from this season, because we are going to play him as much as we possibly can.”

He’s not the elite passer that Tua Tagovailoa is and everyone perfectly understands that, but for what Hurts does bring to the table, he is a valued voice in the locker room and a weapon on the field that defensive coordinators must remain mindful of.

“He deserves to play,” Saban continued on Hurts. “There may be a time in the future where he becomes the guy, if something happens. We are not hoping for the narrative, but it certainly speaks value of his character to stick with his teammates, be a part of this team and finish the season.”

Under the guidance of first-year quarterbacks’ coach Dan Enos, Hurts has made a tremendous amount of improvement in the passing game.

Even as a backup, the chances that he has taken this season were plays that resulted in runs or throws out of bounds in the last two years.

As he looks to provide more tape of himself tossing the pigskin, hopefully this serves as the climax to the Hurts saga. He has committed to Alabama and he wants to finish everything in Tuscaloosa right now, before making any other moves.