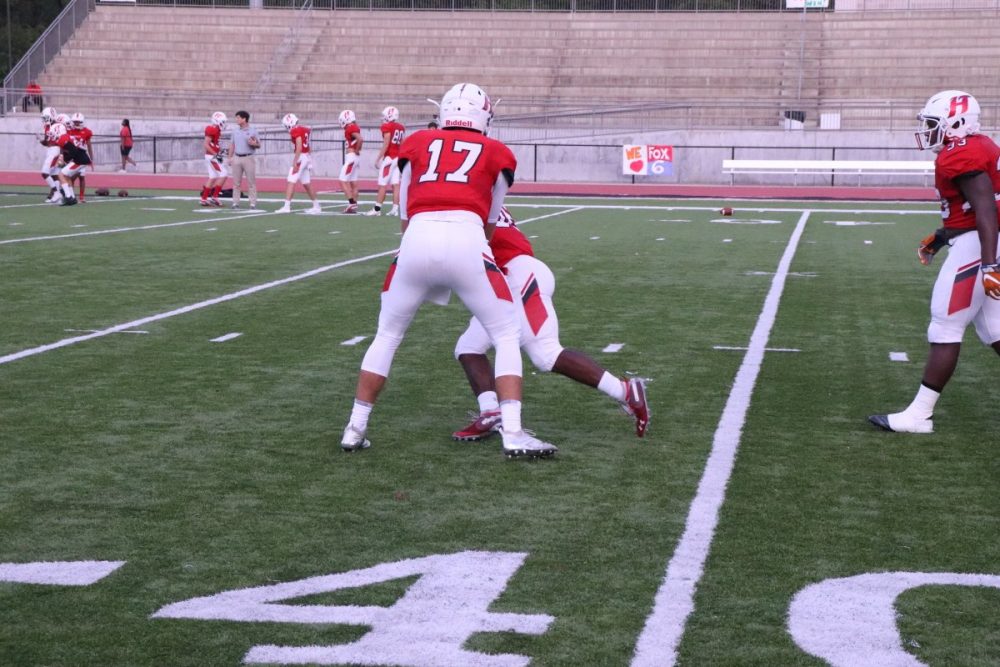 Paul Tyson scrapped his helmet and pads on Friday, never thinking his name would soon be edged in the Hewitt-Trussville record books.

It happened in the second quarter of the Huskies matchup against Huffman High School. Tyson dropped back and delivered a tight spiral on a slant route to Jamyre Reese. The announcer then brought to everyone’s attention that Tyson had just set a new Hewitt-Trussville career passing touchdown record with 53 passing touchdowns on his career. A feat that Tyson believes he was able to achieve due to the hard work of the people around him.

“It’s awesome,” Tyson said. “It is really a team goal. I couldn’t have done it without great coaching, a great O-Line, and awesome playmakers on the outside.”

Tyson would go on and throw another passing touchdown to Alabama commit, Dazalin Worsham, to push the record to 54. He is on track to demolish the previous record, which was 52 and was held by Brandon Cox. The Huskies still have four regular-season games left, which should put Tyson in prime position to make it extremely hard for the next great Husky QB, who has the ambition to break the record.

Touchdown Alabama Magazine was in attendance to watch Paul Tyson achieve this feat. Here are full highlights of his performance.

Get the BEST Alabama football recruiting coverage today! SIGN UP HERE to unlock our subscriber only content!