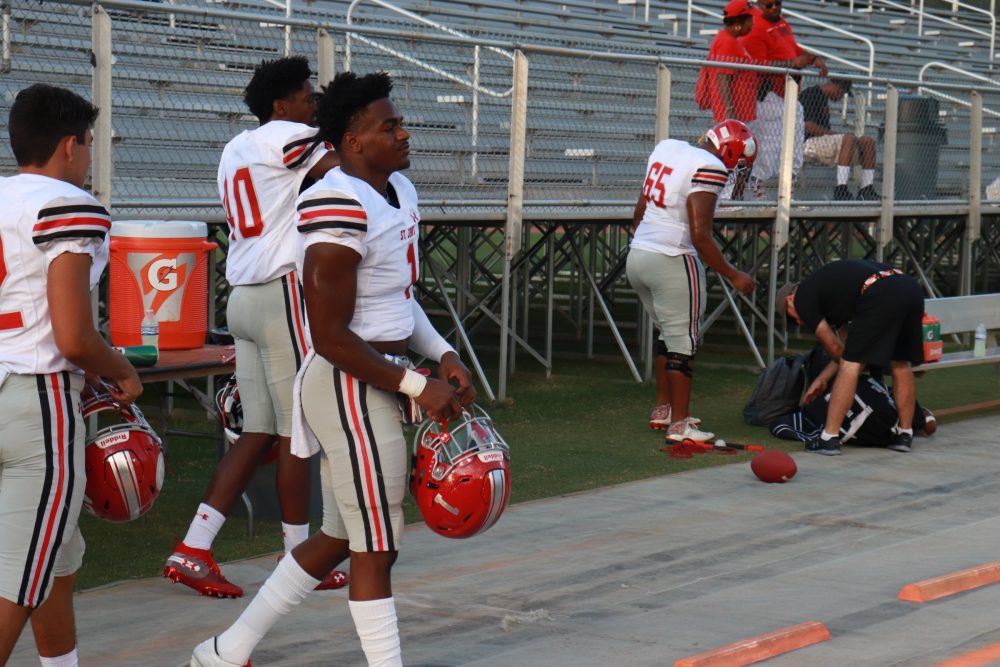 The Tide has pretty much wrapped up their pursuit for a quarterback in the 2019 recruiting class with commits from 4-Star quarterbacks, Taulia Tagovailoa and Paul Tyson. Alabama also has a verbal walk-on commit from 3-Star quarterback, Stone Hollenbach. This impressive group should bring a ton of excitement to Alabama’s quarterback room as if it needed any more.

Alabama’s offensive line still has the chance to be one of the best that Saban has ever pulled in, led by 5-Star commit, Pierce Quick. The group is rounded out by 4-Star offensive linemen: Tanner Bowles, Amari Kight, and Darrian Dalcourt. 5-Star linemen, Clay Webb, and Darnell Wright, remain as the Tide’s top offensive linemen target.

The defensive line has been a huge priority for Alabama’s 2019 recruiting class and they have had some success this recruiting cycle as they have six 4-Star defensive linemen commits in Antonio Alfano, Justin Eboigbe, Kevin Harris, DJ Dale, Rashad Cheney, and Byron Young. The Tide is still heavily recruiting Georgia 5-Star commit, Nolan Smith, the No.1 recruit in the nation, Kayvon Thibodeaux, and  5-Star DT, Ishmael Sopsher. Some other notable targets are Jaquaze Sorrels and Faatui Tuitele.

The linebacker position is one where Alabama has had depth problems in the past. The fact that they landed one linebacker in Jaylen Moody before getting Brandon Kaho in the last recruiting cycle did not help. The Tide currently has two linebacker commits in 4-star recruits: Shane Lee and King Mwikuta. Lee is an inside linebacker and Mwikuta plays outside. Both are solid guys, but the Tide would still love to bring in the No.1 inside linebacker in the country, Nakobe Dean. Dean is still high on Alabama and will make his decision in December. Some other notable names to know are Henry To’oto’o and Texas A&M commit, Christian Harris.

The Tide’s coaching staff were able to pull in one of the best defensive back classes in the nation last season, lead by 5-Star, Patrick Surtain, who has already made an impact. Alabama looks to bring in another great class as they currently have a trio of 4-Star defensive backs in Christian Williams, Brandon Turnage, and Demarcco Hellams. A notable target to know is Florida State DB 5-Star commit, Akeem Dent.

The No.1 punter in the nation, Skyler Delong, committed to Alabama during the last recruiting cycle and the No.1 kicker, Will Reichard, has given Alabama a verbal commitment this time around. Reichard had a bit of a bumpy start to his senior campaign, but has bounced back and has shown a ton of resilience. Alabama is looking to have a good special teams group in the future.

The early signing period begins on Dec. 21 and the Tide will get a better look at who will sign with them. Touchdown Alabama magazine will keep you updated on everything Alabama football recruiting.

Get the BEST Alabama football recruiting coverage today! SIGN UP HERE to unlock our subscriber only content!