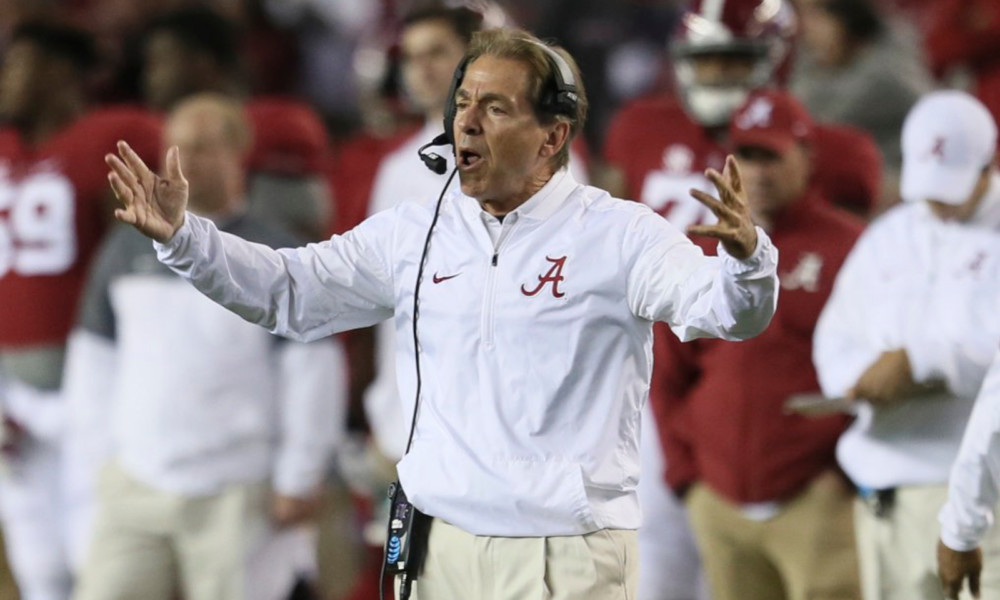 Knoxville, TN — The Alabama Crimson Tide and the Tennessee Volunteers have a hate for each other that has lasted for decades. With the Tide leading 42-14 at halftime, a Tennessee fan — who possibly had too much to drink — decided to throw the contents of his cup at Nick Saban as he headed into the tunnel.

While the rivalry is good for on-field purposes, these acts have no place in sports, and this fan will deservedly be charged for his actions.

See the video below:

Caught this at the end of the half. As Nick Saban goes into the tunnel, a Tennessee fan threw what appeared to be a cup full of ice in Saban's direction. Shortly after, a sheriff entered the stands and looked to have escorted the fan out of Neyland Stadium. pic.twitter.com/A8lZsyNLZl