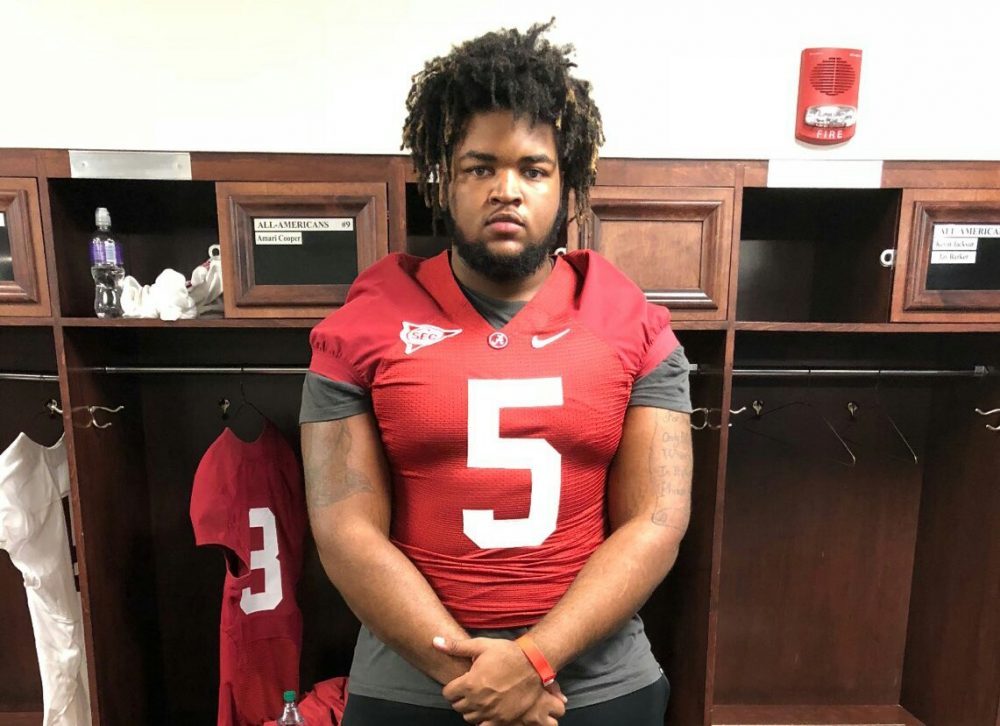 Alabama football landed 4-Star defensive end, Braylen Ingraham, on Tuesday and an impressive defensive line class looks to be on the horizon.

Alabama’s 2019 recruiting class now has seven verbal commits from defensive linemen. Antonio Alfano, DJ Dale, Kevin Harris, Byron Young, Justin Eboigbe, Braylen Ingraham and Rashad Cheney are all 4-Star recruits and all have given the Tide a verbal commitment. Alabama also remains in contention to land some of the top defensive linemen recruits in the nation.

Sopsher is a 5-Star defensive tackle out of Louisiana. His recruitment battle will most likely go down to LSU and Alabama. He will announce his decision during the traditional signing period in February.

Thibodeaux is a 5-Star defensive end, who will make his decision on Dec.15. Alabama is in his top five along with Florida, USC, Florida State, and Oregon. He is the No.1 recruit in the nation and could make an immediate impact. He has extremely long arms and could easily be used in a similar role to former Tide OLB, Tim Williams.

Sorrells visited Alabama last Summer in July and saw the Tide in action against Louisville in Orlando. He has experience at both end and tackle. He knows how to read offenses and make sure he is involved in every play.

Ika is just another guy that would visit Tuscaloosa for an official visit during  Iron Bowl weekend. The Utah product is one of those guys that can plug up the hole with the best of them. He is a one on one mismatch for most blockers and can thrive in Alabama’s system.

Robinson is a 4-Star defensive end out of Arizona. He is still considering the Tide and will take an official visit to Tuscaloosa on Nov. 24, which is the Iron Bowl. The Arizona prospect is quick off the snap and knows how to take on blocks, shed them, and get to the runner.

Marcus Stripling and Faatui Tuitele are some more guys to keep an eye out for.

The big question many Alabama fans are starting to ask is how many players will Alabama take this class. The Tide is going to take more commits than originally expected as they remain in contact with a handful of recruits. This is in large part due to the amount of talent still on the board that is heavily considering the Tide. This class looks like it is going to be stacked and filled with talent.

Touchdown Alabama Magazine will keep you updated on all of Alabama’s moves.