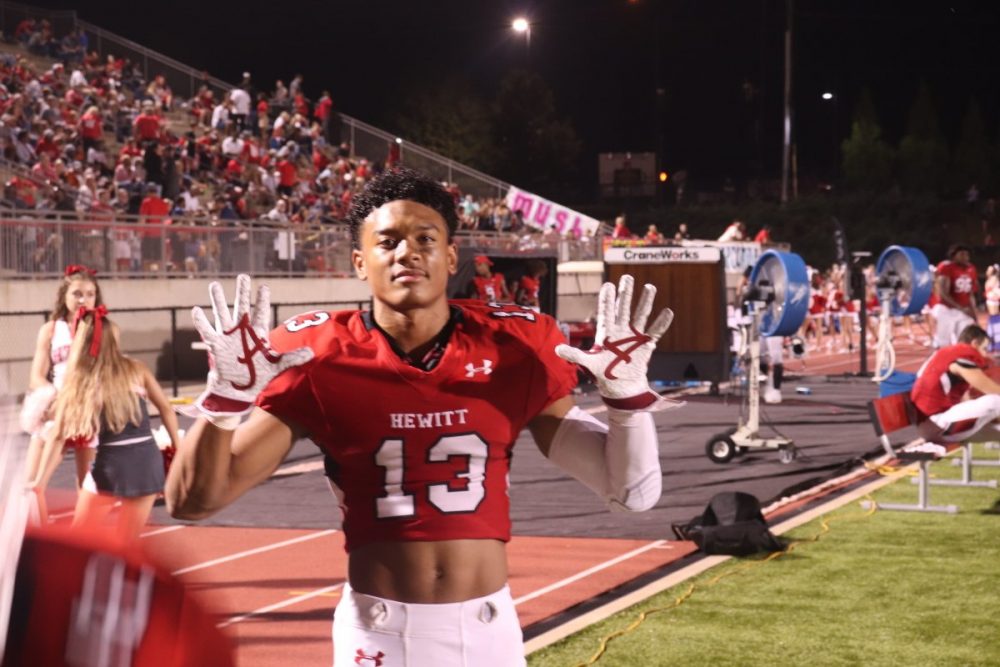 ESPN 2 at 6:30 p.m. central will be the channel to tune into for Alabama fans as six Alabama commits will dual it out in a game that has major playoff implications.

Alabama commits, Amari Kight and Taulia Tagovailoa, will square off against their future teammates, Paul Tyson, Pierce Quick, Dazalin Worsham, and Malachi Moore. A couple of other  Alabama targets will be involved in the action as well. Here is a breakdown of some of the guys to watch it for.

Some people have deemed this game the battle of Alabama quarterback commits and it should be a great one between the two. Touchdown Alabama Magazine released a breakdown of Taulia Tagovailoa and Paul Tyson earlier this week.

BREAKDOWN OF TYSON AND TAGOVAILOA

Amari Kight is a 4-Star offensive tackle for Thompson and is a member of the Tide’s 2019 recruiting class. Kight may not be much of a talker but his game speaks volumes. There is no getting around this kids as he has great footwork and knows how to make himself wide.

Dazalin Worsham is a 4-Star wide receiver and is a member of the Tide’s 2020 recruiting class. He is making a great case for the top wideout in the state of Alabama. He and Tyson have put up some great games this season and hopefully can keep their Bama connection going.

Malachi Moore is also a member of the Tide’s 2020 class. He is a 4-Star defensive back and is the No. 1 defensive back in the state for the 2020 recruiting class. He has an old school style to his game as he is only 5-feet-11-inches and loves to play bump and un. He is also a very knowledgeable defender as he constantly uses the sideline as a second defender.

Armoni Goodwin does not have an Alabama offer yet, but one has to think it is definitely in route. Goodwin is a 2021 recruit that is making a name for himself. He is one of those smaller backs that are very quick and tough to bring down.

Eric Taylor received an offer from Alabama in September. His recruitment really heated up last Summer. He was told by the Tide coaching staff that they wanted to evaluate him some more before an offer got on the table. His play this season has been amazing and was the reason Tide decided they needed to put an offer in his hand.