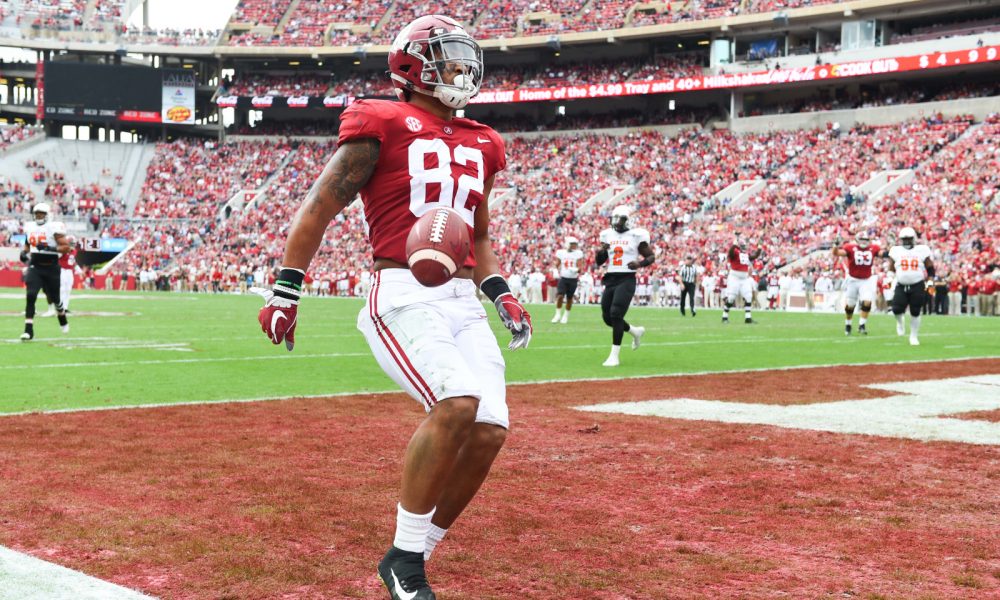 All that O.J. Howard can do is dream on how good he could have been, if he was a part of what Alabama is doing on offense nowadays. Irv Smith Jr.  is not as physically imposing as Howard was; however, he has definitely benefited from having Tua Tagovailoa at quarterback and Michael Locksley scripting plays at offensive coordinator. While it took Howard four seasons (2013-16) to record seven touchdown receptions, Smith has brought in six scoring passes this year.

Hailing from New Orleans, La., Smith ranks second for the Crimson Tide in catches (31), third in receiving yards (518) and third in touchdowns while averaging 18.82 yards per reception through 10 regular season games. He has been a matchup nightmare as he carries the size of a tight end, but has the hands, speed and route running abilities of an elite wide receiver.

The 6-foot-4, 241-pounder is at his best when facing Southeastern Conference opponents, especially with seeing that four of his six scores have come against schools in the league.

Smith’s success has earned him the recognition to be one of eight semifinalists for the John Mackey Award, which is presented to college football’s top tight end. Named after Pro Football Hall of Fame tight end, John Mackey, the honor was established in the 2000 by the Nassau County Sports Commission.

Regardless of it having a multitude of talented tight ends, the University of Alabama has yet to have a player at this position win the Mackey Award.

Smith eyes the opportunity to be first.