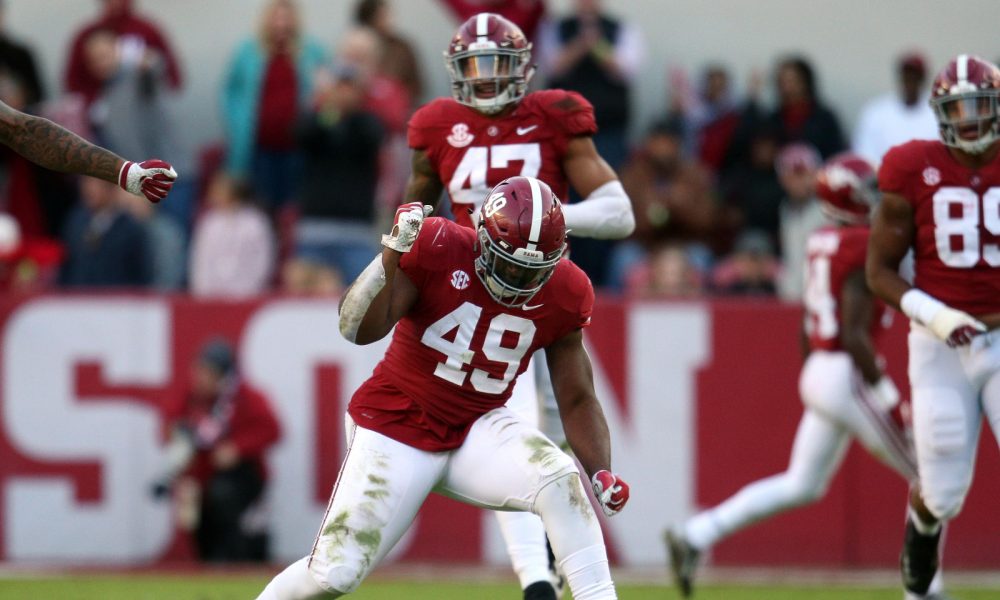 Tuscaloosa, Al — The Alabama Crimson Tide defeated the Auburn Tigers 52-21 in front of a raucous crowd at Bryant-Denny Stadium. While the entire team and fan base was jubilant afterwards, there was trepidation early on when star defensive end, Isaiah Buggs went down early in the first half with a lower leg injury.

Buggs was down for a few minutes before being helped to his feet and eventually walking under his own power into the sideline tent.

To give tide fans more relief, Buggs took to social media to let the Alabama faithful know all was well.

Thank you guys for all your prayers MRI results are good. I am ok RollTide?

This is great news for Alabama as they face Georgia next Saturday in Atlanta for the SEC Championship.