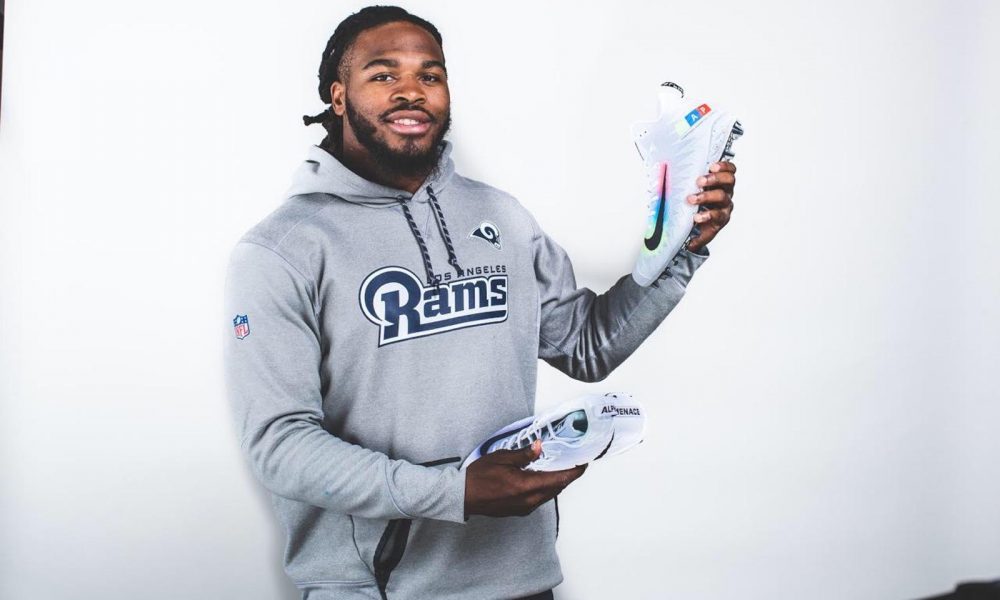 TAP has recently won the Social Justice Award from the NFL for the work it has done with student-athletes.

However, in nine years (six years, full time), one alumnus of the University of Alabama has created a brand that has provided young men with a platform and opportunities to have a better life. For Chris Rogers, Together Assisting People started as a college project before graduate school, but it has turned into a brotherhood and an environment geared toward success.

Since its launch in 2010, TAP is the biggest nonprofit organization in Alabama and its focus centers on educating and mentoring inner-city youth. Behind Rogers and his team, the strategy of TAP is to teach effective communication, develop transferrable skill sets, and expose members to positive role models and environments.

Rogers’ passion in Birmingham and surrounding areas has guided TAP to produce 100 percent of high school graduates from the program and having 95 percent of individuals earn a college degree. Eighty percent of the young men that buy into TAP are first generation college students who seek excellence.

As he consistently brings in resources, Rogers has seen the grade point average of students in TAP rise from 2.6 to 3.0 while assisting over 100 student-athletes to over $25 million in athletic scholarships in 10 years. His book, Beyond the Field: An Athlete’s Guide to Greatness, tackles topics from ACT/SAT prep and life on the field to social media etiquette and how to manage finances.

Although he would love for each person to make it as a professional athlete, Rogers knows the best thing to provide the next generation is everyday life skills. Because of his vision, many of his former teammates at Alabama – including Mark Barron, Marcell Dareus, Julio Jones and the Crimson Tide’s first Heisman-winner, Mark Ingram – have returned to help him and impart knowledge to the guys Rogers is grooming. Even sports media personalities like Stephen A. Smith of ESPN, had to give Rogers his due in terms of what he has done in the community.

In the NFL, a movement called “My Cause, My Cleats” has started.

It consists of players picking a cause they want to represent, designing their cleats for the cause, and playing in a game with that cause on their minds and hearts.

For some, causes range from helping foster children to assisting those that have battled abuse.

Seeing the impact TAP has had and continues to have on today’s youth, players like Barron and Marlon Humphrey among others proudly placed the green, blue and red colors of T.A.P. on their cleats in representing an institution that develops well-rounded men for any decision in life.

LA Rams linebacker Mark Barron representing TAP for “My Cause, My Cleats”
Photo from Barron

The likes of Bo Scarbrough, Lester Cotton, Quinnen Williams, Rashaan Evans and Minkah Fitzpatrick are just a few representatives from UA that Rogers has worked with.

When it comes to other Division one athletes, Kadarius Toney of University of Florida and Seth Williams of Auburn University are two marquee names that have benefited from TAP.

Listed below are the notable alumni from TAP, Inc.

For Chris Nelson, he was part of a Texas Longhorn team that earned its first 10-win season and a win in the Sugar Bowl – defeating Georgia by a score of 28-21.

Regardless of it being a big accomplishment, he credits becoming the first person in his family to graduate college and propose to his fiancé’ as the better goal.

Along with college players, Rogers is currently developing the top-ranked defensive recruit in the state of Alabama in LaVonta Bentley from Jackson-Olin High School. He had a dominant performance in the Alabama-Mississippi All-Star Game at the Crampton Bowl in Montgomery, Ala., back on Dec. 17, 2018.

Bentley, like others, identifies with TAP as a venue that pushes to see young men thrive and become great leaders.

He will be the next one to graduate from the program and pass on the legacy.

For those that want to support TAP, you can go to nflauction.nfl.com and bid for the cleats Humphrey wore this season. All proceeds will go to Rogers and company as they continue preparing young men to do their best.

TAP, Inc. cleats for “My Cause, My Cleats” Photo from Chris Rogers

While his brand started in Birmingham, Rogers has always been about branching out and conquering from east to west.

With this being said, he is planning to expand TAP to California for the fall of 2020.