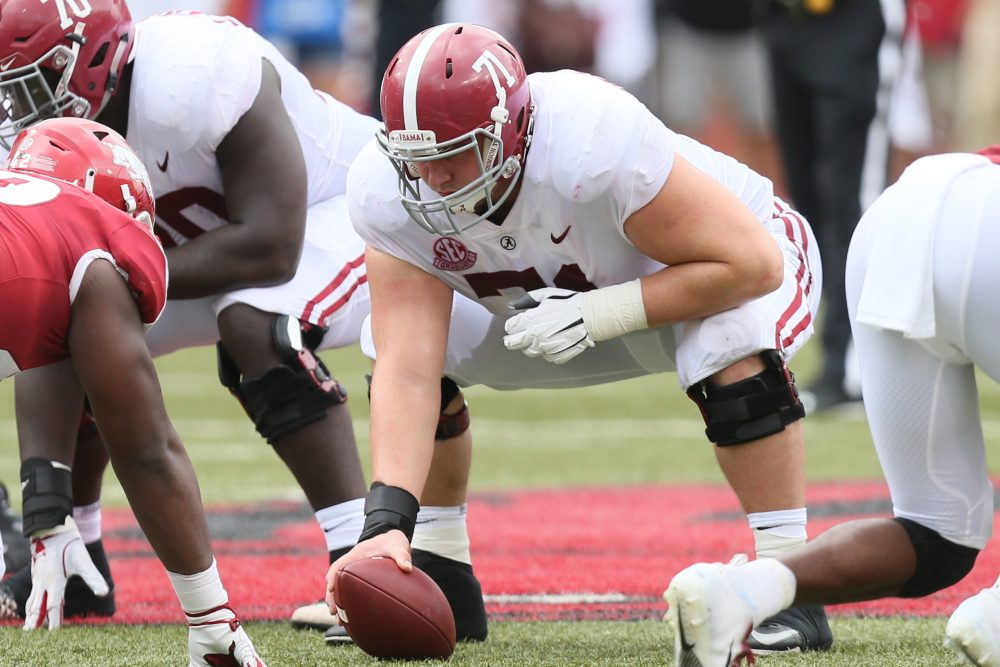 Four-year starter Ross Pierschbacher will now join the trenches of the Washington Redskins after being selected with the 153 pick of the fifth round. Pierschbacher is one of the most experienced linemen in the entire draft, after starting for the Crimson Tide as a redshirt freshman.

The versatile lineman started 57 games for Alabama which is a record for position players at the school (J.K. Scott also started 57 games). Pieschbacher also blocked for 31 100-yard rushers in his time along the offensive line. He now is the eighth former Alabama player selected or signed by the Redskins.

Safety Deionte Thompson Drafted By The Arizona Cardinals
Inside Linebacker Mack Wilson is Headed to The Cleveland Browns
To Top
%d bloggers like this: