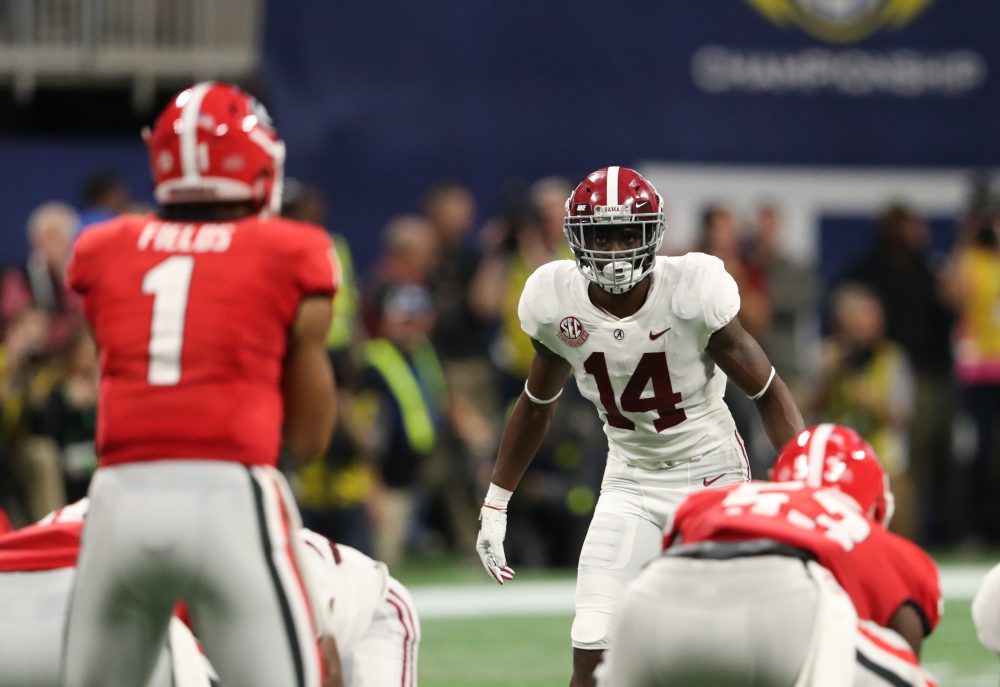 The Arizona Cardinals have selected Alabama safety Deionte Thompson with the 139 pick of the fifth round. Thompson was one of the Crimson Tide’s most important players in the secondary last season as he accumulated 78 tackles along with two interceptions.

Thompson was projected by most to be a first round pick and then a second-day pick but because of a degenerative knee condition, he has now fallen to the fifth round.

Former Alabama safety Ronnie Harrison has been one of Thompson’s biggest supporters over the last few days on Twitter. Harrison like many others believes that the defensive back can develop into a very solid NFL player.

The Carolina Panthers add Outside Linebacker Christian Miller
Center Ross Pierschbacher Selected By The Washington Redskins
To Top
%d bloggers like this: