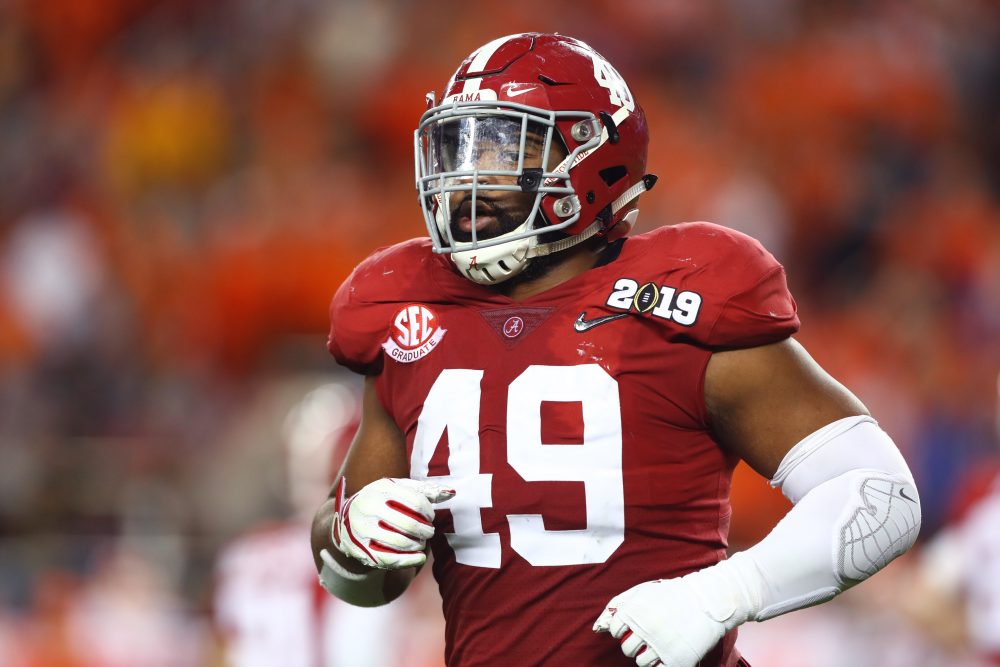 Alabama defensive lineman Isaiah Buggs will be headed to Pittsburgh Steelers after being selected with the 192 pick of the sixth round. Buggs was a junior college transfer who joined the Crimson Tide his junior year and made an immediate impact.

He started 28 games and recorded 103 total tackles, 17.5 for loss and 11 sacks in two years at Alabama. Despite the impressive numbers, this year’s defensive line class was jam-packed with impressive prospects including former teammate and now New York Jet Quinnen Williams.

Buggs has really solid instincts and a strong run defender who definitely has a chance at contributing to a team.

Inside Linebacker Mack Wilson is Headed to The Cleveland Browns
Breaking: Cornerback Saivion Smith to Join the Jacksonville Jaguars
To Top
%d bloggers like this: