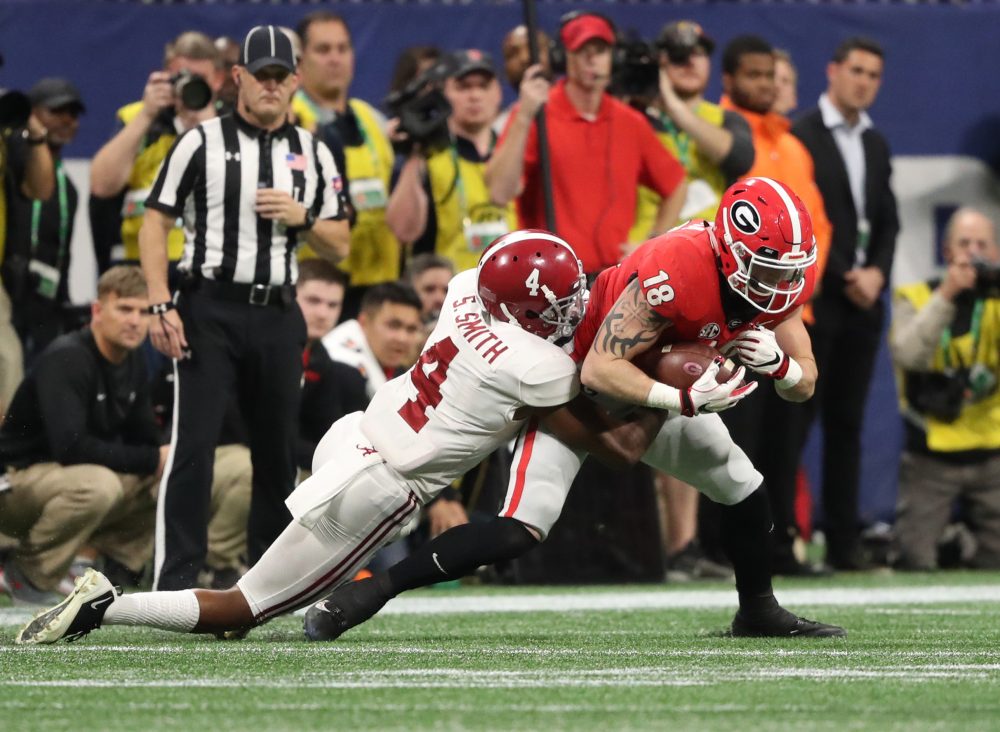 According to Ian Rapoport Alabama cornerback Saivion Smith will be joining the Jacksonville Jaguars, signing as an I drafted free agent. Smith was one of the players called upon to step up in 2018 season because of an untimely injury to fellow secondary mate Trevon Diggs.

Smith had a solid junior season by tallying 60 total tackles, with three interceptions and five pass deflections. Although most believed Smith would benefit with one more year in Tuscaloosa the 6’1″ defensive back will bet on himself at the next level.

Isaiah Buggs selected by the Pittsburgh Steelers
Tracking undrafted free agents of Alabama football
To Top
%d bloggers like this: