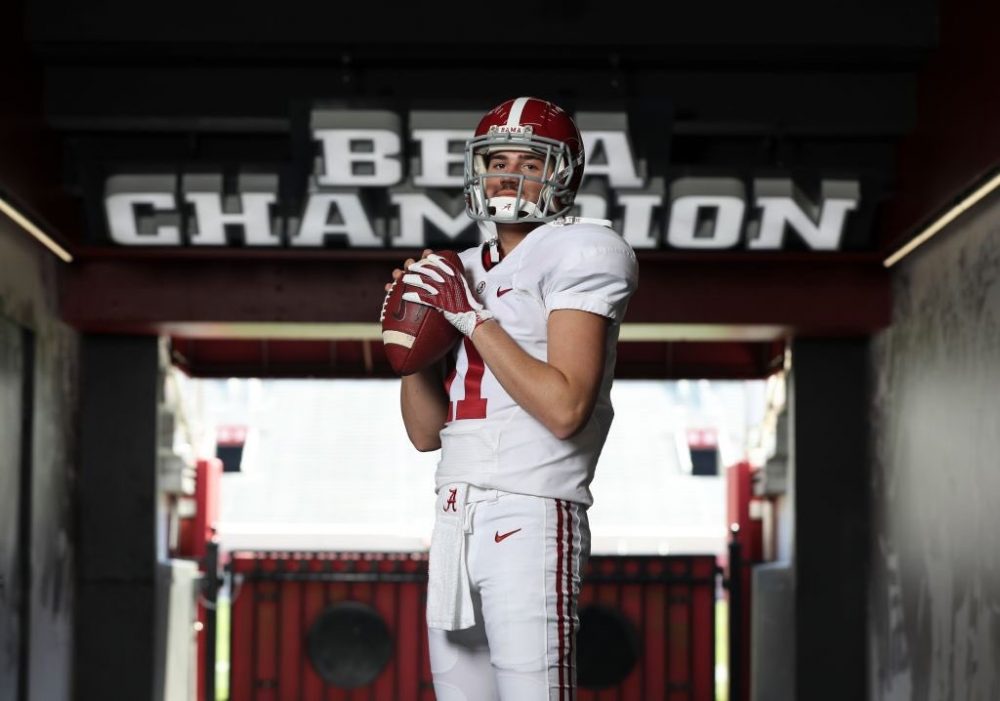 Jayden George announced he will take his talents to Tuscaloosa for the next step of his football journey on wednesday.

It’s been a long process and I’m excited to announce I will be continuing my dream to play football at the University of Alabama next year! I can’t wait to be a part of something special! All glory to God! #RollTide pic.twitter.com/Nx4YmbUs2w

George is a 2019 quarterback out of Indianapolis, Indiana,. He threw for 3,100 yards and 42 touchdowns during his junior season en route to a state championship. His commitment means the Tide is expected to have four new quarterbacks on their roster in 2019 as Taulia Tagovailoa and  Paul Tyson have enrolled early and Stone Hollenbach is expected to walk-on. With Layne Hatcher transferring to Arkansas State, the Tide most likely went after George to fill Hatcher’s slot.