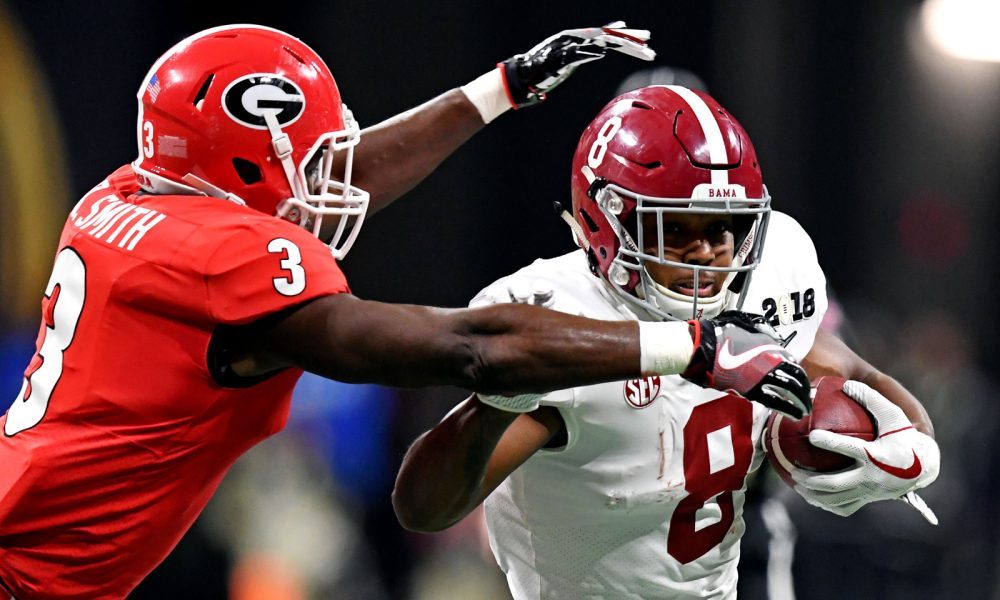 As happy as Josh Jacobs and his family were to see him selected in the first round of the NFL Draft to the Oakland Raiders, there was someone else that was equally elated.

When it comes to running backs, there is a prestigious group in the National Football League Hall of Fame – which includes Marcus Allen.

A native of San Diego, Calif., he was a monster at University of Southern California as he won the Heisman Trophy in 1981.

Allen won a Super Bowl with the Raiders in the 1983 season; the same year where he also was the league’s top player in rushing touchdowns.

After all the success he had, seeing the team select Josh Jacobs did his heart well. In going from not having a place to call home to receiving life-changing funds, the Oklahoma native is positioned to be the feature back for the franchise.

Allen posted a tweet on Wednesday, sharing his excitement for Jacobs.

Excited to watch Josh Jacobs run the ball for the @Raiders this season. A truly inspiring young man who has come a very long way. Well-deserved @iAM_JoshJacobs, you are destined for greatness! #RaiderNation

The former three-star from the University of Alabama had a strong junior season, collecting 1,315 all-purpose yards with 15 touchdowns.

His versatility guided the Crimson Tide to a Southeastern Conference Championship – where he was the MVP – and a victory over the Sooners in the Capital One Orange Bowl.

Derek Carr has a back that will keep him in front of the down and distance, while enhancing the Raiders’ passing attack in the wild AFC West.