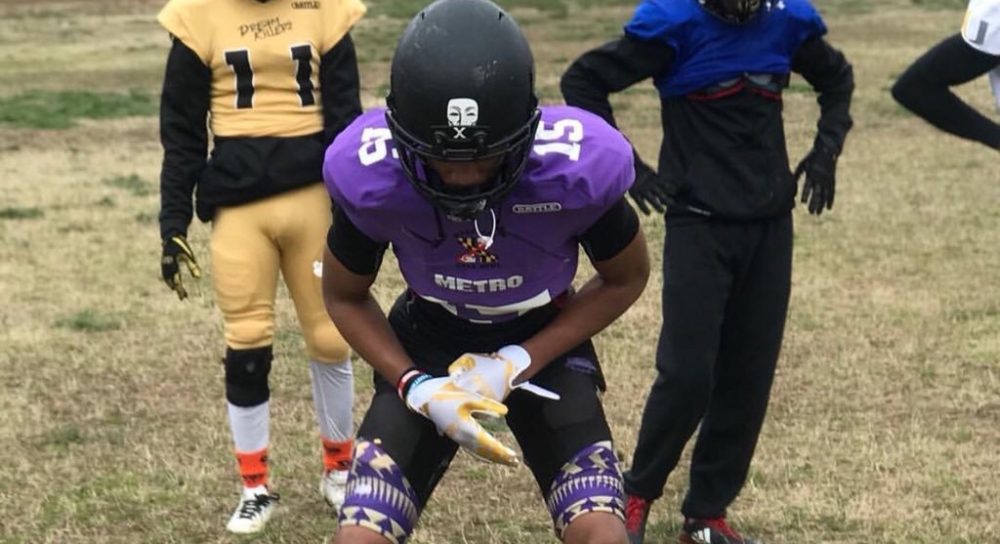 Shawn Murphy was shocked when Alabama extended an offer to him on Monday after having very little contact beforehand.

Blessed and honored to receive an offer from the university of Alabama ? #rolltide #humblebeast pic.twitter.com/18DHF8hId0

“Our contact was zero to none, this is really a blessing,” Murphy said. “I never would have thought of or expected an offer this early.”

Murphy weighs in at 205 pounds and stands 6-feet-2-inches. He is a product of Stonewall Jackson High School in Manassas, Virginia,. Alabama’s offer pushes his offer total to 10.

He has yet to visit Tuscaloosa, but feels the Tide’s success speaks for itself.

“I think that they are a really good program and they are successful as well,” Murphy said.

Stonewall Jackson was able to get 80 tackles and five sacks out of Murphy during his freshman season. Murphy was able to record most of his sacks on blitz packages as the 2022 recruit was able to use his speed to rush gaps and take quarterbacks to the ground. He is only a rising sophomore, which means he has a ton of time to sharpen up his game some more, but he looks to be most comfortable inside the box defending against the run.

The youth of Murphy should benefit his relationship with the Tide as well. He has received offers from Tennessee, Pittsburgh, Florida, Michigan, Ohio State, South Carolina, Auburn and Kentucky in the month of April alone and his recruitment is on fire. The fact the Tide offered him now shows they  want to began building a relationship with Murphy before other teams chime in.

With 10 offers on the table, the Virginia native has begun to think about what he is looking for in a school and it is bigger than football.

“I want to be with people I can talk to without having to be hesitant and to feel like I am getting all of the essentials I need to have a job of my choice at the end of college or after an NFL career, hopefully.”