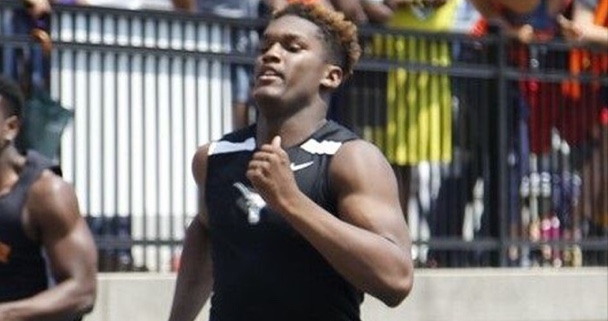 Ebony Jackson received an offer from Alabama on Friday and he anticipates more offers to follow.

Never thought I would be able to say this as a kid but I’m extremely thankful to receive an offer from the university of Alabama #RollTide ❤️ pic.twitter.com/PtD23vwZ3Q

Jackson is a 2020 running back out of Marietta, Georgia,. He has six Division 1 offers and is verbally committed to Tennessee. Alabama’s defensive line coach, Holmon Wiggins, informed him of his offer after watching Jackson in action at practice.

“I never thought this day would ever come,” Jackson said. “It is the best feeling I have experienced in my life, knowing that Alabama would ever recruit me to play for their team.”

Tennessee was the first SEC school to offer Jackson and he committed to the Vols in April, which was two months after they offered him. The fact Tennessee was able to jump on this hidden gem early most likely played a huge role in his decision and it will continue to be an obstacle other teams will have to get around to snatch Jackson from Jeremy Pruitt’s grasp.

Several recruits have seen a boost in their recruitment after they received an offer from Alabama and Jackson could also. The Kells High School product said he feels this offer could lead to more opportunities.

“It definitely opens a lot of more opportunities because schools will start to notice that I may be a talented player,” Jackson said.

At 6-2 and 205 pounds, Jackson is one of the bigger backs in the 2020 class. He can catch the ball out of the backfield and has the speed to outrun defenders in space. He Is comfortable running the ball in between the tackles and has enough speed to run outside, but he feels he can improve his game in two vital places.

”I want to work on lowering my pad level through the holes and blocking, ” Jackson said.

The Crimson Tide’s 2020 class has 16 commits and one running back commit. They will like to add another pair of studs to their running back room and it is not out of the picture for them to acquire three guys in this class after landing two last cycle. It will be interesting to see if the Tide will become a major factor in Jackson’s recruitment.