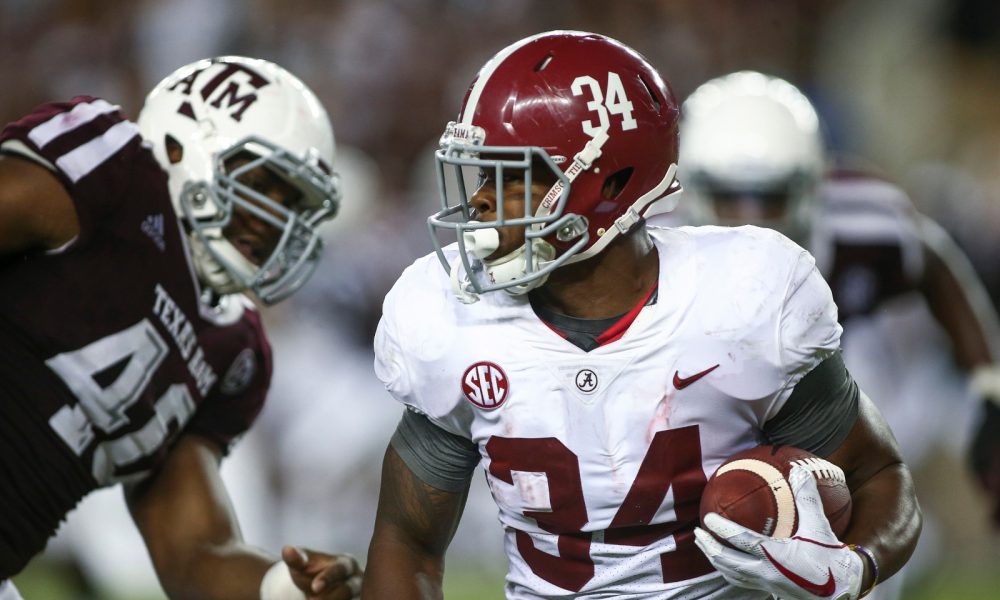 The numerical data has not been disclosed, but the New England Patriots did sign former Alabama running back, Damien Harris to a four-year deal on Wednesday.

Harris, a third-round pick of this year’s NFL Draft, finished his collegiate career with 3,070 yards rushing – which is eighth all-time in school history. He totaled 23 rushing touchdowns and averaged 6.4 yards per carry in four years.

The Kentucky native and former five-star tallied a pair of 1,000-yard campaigns in 2016 and 2017, while being one of the leaders behind Alabama’s run to a College Football Playoff National Championship in the 2017 season.

Harris was named second team All-SEC for his efforts in 2018, posting 876 rushing yards with nine scores in helping the program win a conference title. According to Spotrac.com, Harris’ deal projects $3.46 million for four years.

He will share the backfield with Sony Michel, James White, Rex Burkhead and Brandon Bolden. New England wrapped up its minicamp session this week and for Harris, he could be the piece to generate more physicality in the rushing attack.

Going back to 2017, he had his finest performance on the ground.

Harris carried career highs in both touchdowns (11) and yards per carry average (7.4) that season and with Bill Belichick always looking for late gems in the draft, he and the Patriots have found one in Harris.