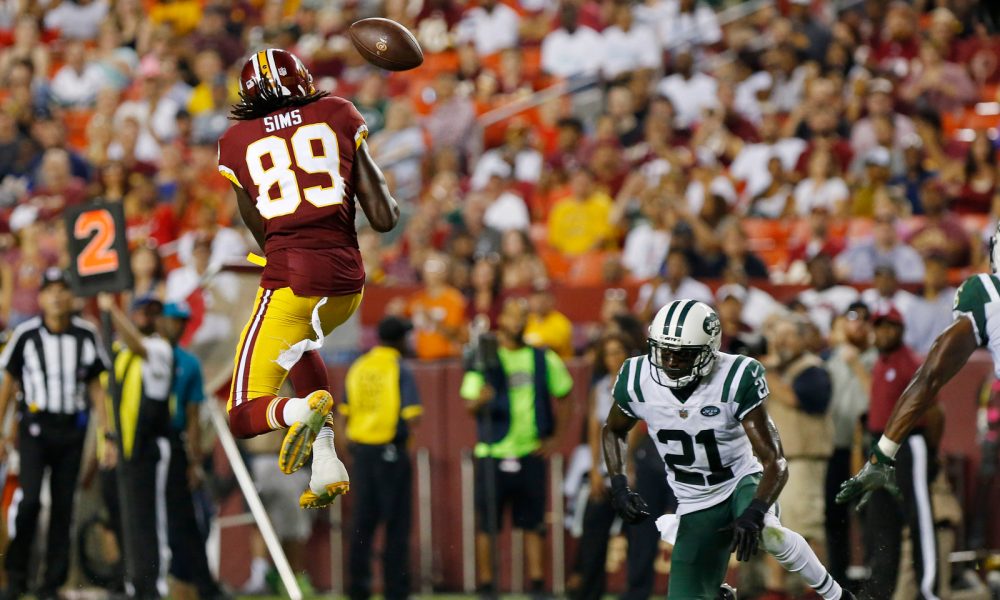 A high ankle sprain ended his rookie season in 2018 after a strong preseason; however, Cam Sims is back and the Washington Redskins appear to be ready to roll.

The hurt he had from being on injured reserve and not playing last year has turned to motivation, as Sims has been dominant throughout organized team activities (OTA’s) and minicamp.

According to a report from Redskins.com, the Louisiana native and former Alabama receiver put on a clinic in the team’s three-day session of minicamp. He is building a connection with quarterbacks Case Keenum and Dwayne Haskins, while putting moves on another ex-Crimson Tide player – Landon Collins – and catching touchdown passes.

When he came to Alabama as a four-star in 2014, Sims had immense talent.

Knee and shoulder injuries hampered him and despite limitations in the Tide’s passing game, Sims still found ways to be productive. In four seasons (2014-17), he managed to record 467 yards receiving with two scores on 41 catches.

His best year came in 2017, where he had 207 receiving yards with a touchdown on 14 catches – assisting Alabama to a national title. The 6-foot-5, 214-pounder went undrafted in the 2018 venue, but showed early on that he possesses much promise.

Now healthy, Sims is ready to become Washington’s No. 1 receiver.