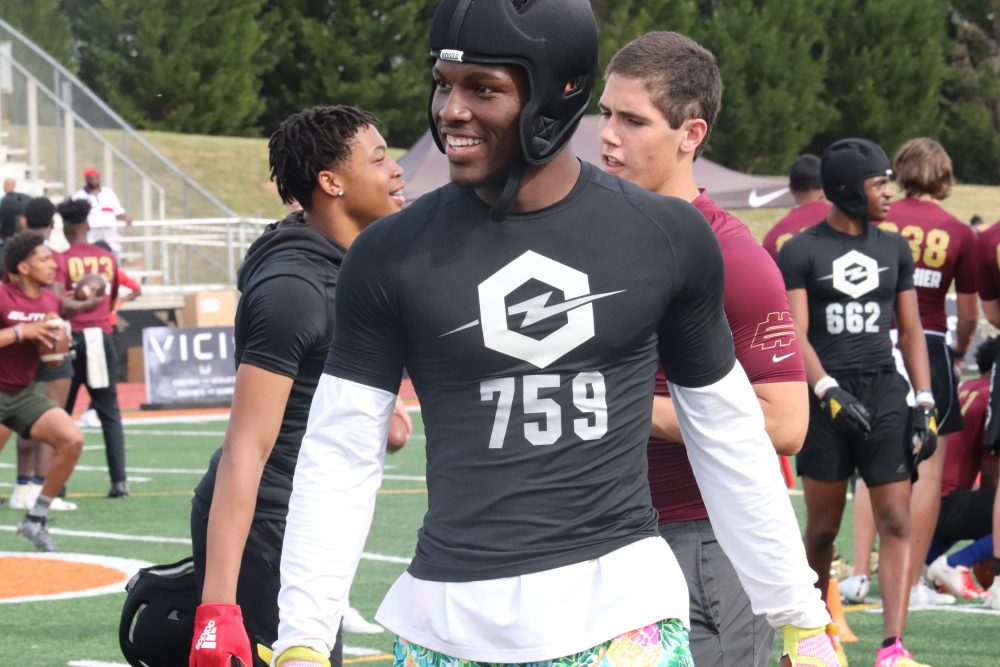 Arik Gilbert took to Twitter to announce he will take an official visit to Tuscaloosa on this weekend, giving the Tide a chance to make up some ground with the Georgia product.

I will be taking my 1ST official this weekend to The University of Alabama! #RTR

Gilbert is rated as a 5-Star athlete. Many believe Georgia is the leader for Gilbert’s commitment, but he has constantly stated Alabama is still in the mix. At the Nike Opening Regional in Atlanta, Gilbert expressed the tide were indeed getting one of his officials.

“I do not have any officials locked in yet,” Gilbert said at the Nike Opening Regional. “But I am pretty sure I am going to Alabama.”

RELATED: Where does the Tide stand with 5-Star, Arik Gilbert?

The Tide is recruiting Gilbert to play tight end. Alabama’s 2020 recruiting class currently has one tight end commit in Caden Clark. The Tide’s tight end coach Jeff banks has spoken highly of Gilbert in the past.

Banks told Gilbert he would be a good fit for Alabama’s system.

“He is basically saying my game is similar to Irv Smith and I will fit into their system pretty well,” Gilbert said.

Banks’ message to tight ends on the recruiting trail has been the same. Alabama wants tight end prospects to know Alabama plans on getting the tight end more involved in their passing game in the future. Gilbert has the skillset to fit right in with that plan.

The 5-star looked like a man among boys most of his junior season as he is a constant mismatch at 6-6 and 240 pounds. He is a tough runner with the ball in his hands and is difficult to compete against for 50/50 balls. His size and athleticism translates to the defensive side of the ball also as he has great size for a defensive end. 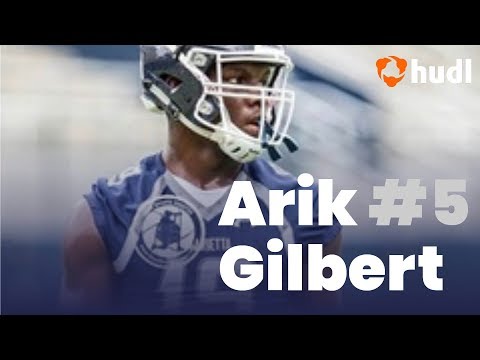 Alabama has had some good luck on the recruiting trail this month, landing three commits so far. A good official visit for Gilbert this weekend could better the Tide chances at landing one of the top athletes in the 2020 class.