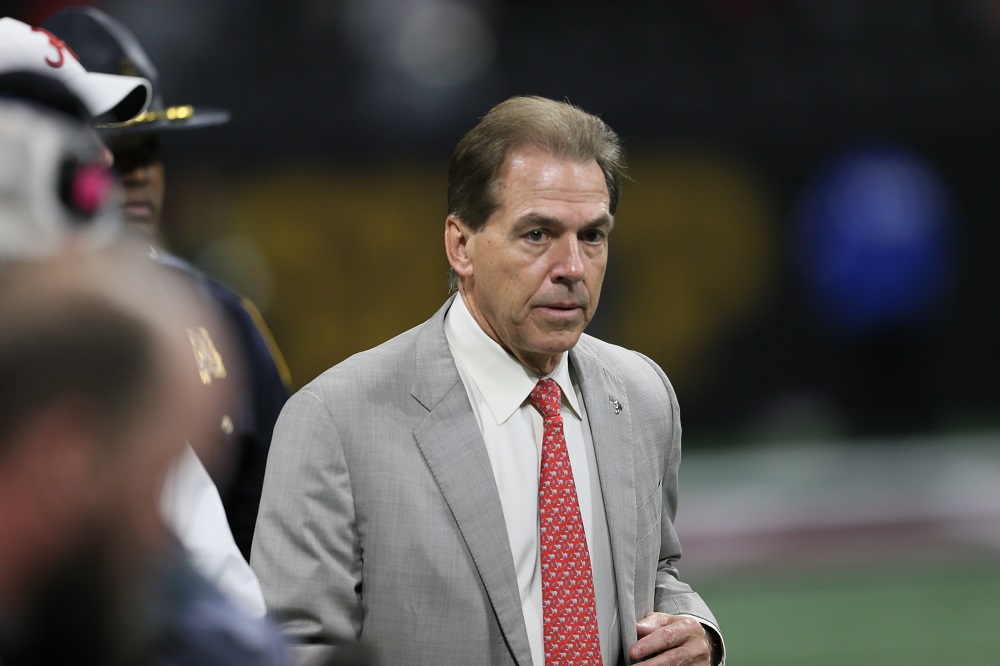 Ready to see into the 2019 season and some predictions of things to come with the team? Read and see if you think you can see these happening.

Every year sportswriters love to speculate over their own crystal balls and make predictions about the upcoming season. Here are this year’s predictions from the old guy. Save them and see how many of them do come to pass. In the past a great majority did come true.

ONE – Devonta Smith will prove to be “Mr. Reliable” over Jerry Jeudy and the other talented receivers. Though Jeudy may have more total yardage, Smith will have less drops, less fumbles be the guy who can always be counted on even though Jeudy may be drafted higher and get more press.

TWO – Alabama will have some problems when their replacement starting center goes down with injury.  He won’t be out long, but Bama will suffer when the backup isn’t as ready as he needs t be.

THREE – Brian Robinson has a breakout 100+ rushing yard game by game three of the season and becomes the third and short Mr. Reliable for those and goal line situations despite being a little smaller than the number one back, Najee Harris.

FIVE – And when Tua does go out, fans are amazed at how well Mack Jones performs as the Tide won’t miss a beat as their great season just rolls on.

SEVEN – LaBryan Ray after two straight years on injuries, puts his full talent on the field and makes the casual fan wonder, “Where has this guy been?” He may put together such a great year that he gets a lot of first round talk from NFL draft analysts as the year goes on. He’s going to be one of the team’s sack leaders and emotional spark plugs this season. This may not be a bold prediction if you’ve really been following his career closely, but this could be a bold prediction for the casual fan.

EIGHT – Two new freshman beat out older more experienced players for the middle tackle position at Alabama, but it’s going to be D.J. Dale who wins the job and eases the pain of losing first round draft choice Quinnen Williams to the NFL. Dale not only eases the pain, but becomes the next new star on the Alabama defense with his play.

NINE – LSU, despite being thoroughly embarrassed by Alabama last season 29-0 gives the Tide all they handle this season, even while playing in Tuscaloosa. Though favored, the smart money may be placed on the Tigers in this one as they take the points.

TEN – Despite going in the first round in this year’s NFL draft, Jonah Williams replacement at the Alabama offensive left tackle spot, Alex Leatherwood, will grade out higher than Williams by year’s end and allow less hurries and sacks by opponents than Williams and still won’t be drafted as high as Williams was.

BONUS PREDICTION – Over the last few years, Alabama’s punt and kickoff return game has been lame. Last season only Josh Jacobs ran a kickoff back for a single touchdown and only Jalen Waddle ran a punt back for a TD.  This season you’ll see higher numbers in special team touchdowns as the talent level and speed on the team improves.

Alabama AD claps back at a fan who ripped its 2019 non-conference schedule
Alabama Football – Embarrassment of Riches Part One
To Top
%d bloggers like this: